The Sound of Everything

LoveReading Expert Review of The Sound of Everything

Winner of the Everything with Words’ YA Competition 2019, Rebecca Henry’s The Sound of Everything is an authentically gritty, involving coming-of-age novel that speaks to young people who struggle with feeling unseen, unheard and unloved.

Shipped from foster home to foster home, frequently betrayed, and having “never had a dad that I could call Daddy”, it’s no wonder Kadie (aka Goldilocks) has trust issues. The only thing she’s sure of in this world is music - listening to it, and creating it. It’s the “only thing that keeps my head straight.” To protect herself, she’s set out three rules: “1. Don’t count on anyone. 2. Act. Always act. 3. Be prepared to lose everything.”

Constantly in trouble at school, though told she has potential, Kadie bonds with a boy called Lips, aka Dayan, the name he reserves for use by special people, of which Kadie is one. Dayan records with his AMD mandem (Amalgamandem) and she’s happy to be invited to hang out with them, while remaining ever-mindful of the fickleness of group dynamics: “one day you’re in the group, the next you’re invisible.” But, just as things start to take an upturn, everything explodes in the aftermath of hideous online trolling and trouble with her foster sister.

What’s unique about this novel is the author’s considered, long-game exposition of Kadie’s complex character - it’s not rushed, not forced too soon to serve the plot. And, true to life, her problems aren’t easily solved either - it really is powerfully authentic all round, from Kadie’s voice and interactions, to its portrayal of mental health problems, among them self-harm. At times Kadie will have you pulling your hair out at her own-worst-enemy outbursts, but mainly, though, you’ll warm to her. You’ll will her to find her way.

Appropriately enough for a girl named Goldilocks, there is - ultimately - a glint of gold among the grit. I don’t want to spoil it, so let’s just say she finds what might turn out to be her “just right” and begins to learn to open up to people she can trust.

The Sound of Everything Synopsis

Winner of the Everything with Words’ YA Competition 2019 judged by Patrice Lawrence, The Sound of Everything is a heart-felt coming of age story for all those who struggle to feel like they deserve love.

Betrayal, rejection, violence Kadie has known it all. She’s tough and prepared for everything. Everything except love.

Kadie has has just arrived in yet another foster home. She trusts no one and lives by the rules: don’t count on anyone, always act, be prepared to lose everything. She’s lost everything more times than she can count but then she meets Lips and learns that some things are even more important than survival. But she has secrets of which she must let go if she is to make a stab at friendship and love.

What To Read After The Sound of Everything 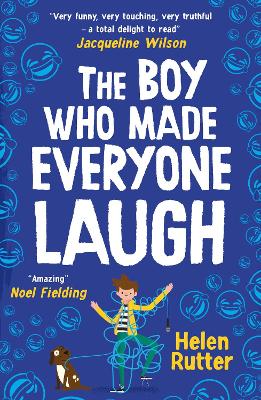 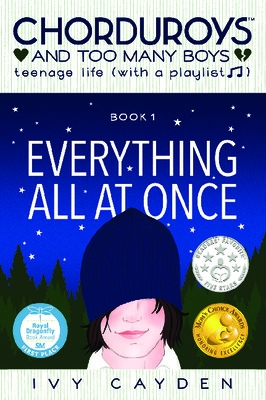 ‘Rebecca Henry is a rare precocious talent. She has an incredible ear for dialogue and I’m excited to read what she produces next.’ Alex Wheatle, author of Crongton Knights

‘What a voice! I can’t believe the author is so young and that this is her debut. The writing has such confidence… a remarkably accomplished debut from a truly talented author.’   Jenny Downham, author of Furious Thing

‘Fizzing with energy and purpose, a vibrant new voice in UK YA’  Lisa Williamson, author of The Art of Being Normal

View All Books By Rebecca Henry