Wise, haunting and deeply affecting exploration of family loss, love and seeking a sense of belonging.

Ablaze with the raw struggles and hopefulness of humanity, and delivered in dazzling style, Yaa Gyasi’s Transcendent Kingdom crosses generations and continents, and entwines the personal struggles of a young woman trying to recover from grief and familial pain in the context of being an immigrant family in the American South.

Gifty works as a scientist in California, studying addiction in mice, wondering whether her optogenetics research might “work on people who need it most”, as in “Could it get a brother to set down a needle? Could it get a mother out of bed?” Narratives of her present and various pasts are elegantly interwoven - Gifty and her brother Nana’s religious upbringing in racist Alabama amidst their parent’s escalating arguments (their father hadn’t wanted to leave Ghana); Gifty’s academic progress; Nana’s fatal heroin overdose. Now only Gifty and her mother remain in America, and her mother is deeply depressed: “My mother, in her bed, infinitely still, was wild inside,” and still Gifty feels “I would always have something to prove and nothing but blazing brilliance would be enough to prove it.”

The charting of Nana’s decline from promising basketball player to addict after an on-court accident is heartbreakingly affecting, as is their mother’s descent into depression and Gifty’s persistent sense of shame and pain at what happened to her brother, with her life’s work being an attempt to understand it all. This eloquent, incisive novel seeps into the soul and reveals raw truths about grief and healing deep wounds.

As a child Gifty would ask her parents to tell the story of their journey from Ghana to Alabama, seeking escape in myths of heroism and romance. When her father and brother succumb to the hard reality of immigrant life in the American South, their family of four becomes two - and the life Gifty dreamed of slips away.

Years later, desperate to understand the opioid addiction that destroyed her brother's life, she turns to science for answers. But when her mother comes to stay, Gifty soon learns that the roots of their tangled traumas reach farther than she ever thought. Tracing her family's story through continents and generations will take her deep into the dark heart of modern America.

Transcendent Kingdom is a searing story story of love, loss and redemption, and the myriad ways we try to rebuild our lives from the rubble of our collective pasts.

What To Read After Transcendent Kingdom

I need a book like this to remember what is possible If you want to know why the world is this way, try this book for starters - Naomi Alderman, author of The Power

A stirringly gifted writer. It's impossible not to admire the ambition and scope of Homegoing - New York Times

Remarkable, a devastating account of America . . . explores horror without ever losing sight of humanity or hope - Sunday Times on 'Homegoing'

Gyasi's second novel, Transcendent Kingdom, is a very different book, and, I think, a better one - contemporary, personal, acutely focused on a single family, and intensely felt - New Yorker

Meticulous, psychologically complex ... At once a vivid evocation of the immigrant experience and a sharp delineation of an individual's inner struggle, the novel brilliantly succeeds on both counts - Publishers Weekly, starred review

With deft agility and undeniable artistry, Gyasi's latest is an eloquent examination of resilient survival - Booklist

Absolutely transcendent. A gorgeously woven narrative about a woman trying to survive the grief of a brother lost to addiction and a mother trapped in depression while pursuing her ambitions. Not a word or idea out of place. Completely different from Homegoing. THE RANGE. I am quite angry this is so good - Roxane Gay

I would say that TRANSCENDENT KINGDOM is a novel for our time (and it is) but it is so much more than that. It is a novel for all times. The splendor and heart and insight and brilliance contained in the pages holds up a light the rest of us can follow - Ann Patchett

A book of blazing brilliance . . . A double helix of wisdom and rage twists through the quiet lines of this novel. Yaa Gyasi is one of the most enlightening novelists writing today - Washington Post

A powerful, wholly unsentimental novel about family love, loss, belonging and belief that is more focused but just as daring as its predecessor, and to my mind even more successful - Wall Street Journal 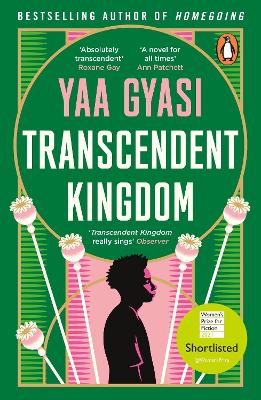 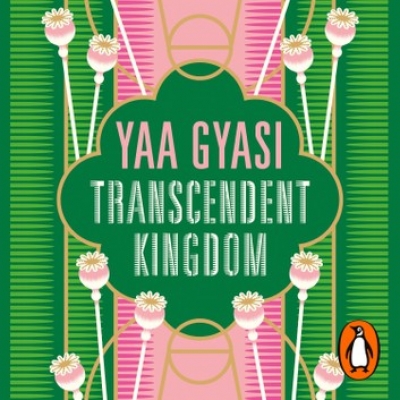 Yaa Gyasi was born in Mampong, Ghana and raised in Huntsville, Alabama. She is a graduate of the Iowa Writers' Workshop. Her short stories have appeared in African American Review, Guernica and Callaloo. Homegoing is her first novel.