A Man Who Is Not a Man

LoveReading View on A Man Who Is Not a Man

Thando Mgqolozana’s A Man Who is Not A Man is a coming-of-age tour de force. The writing is exceptional - always muscular, often raw, occasionally wry - as it explores masculinity through a young man’s journey to selfhood in the wake of a rite of passage that goes devastatingly wrong.

After going off the rails in Cape Town, Lumkile resolves to put his days of drugs, theft and violence behind him when he moves to his mother’s rural village. Here he “went clean” and “decided to make something of myself”, and it’s not long before “Item One on my grand plan was just around the corner”. Namely, Lumkile begins the initiation process that will lead to his circumcision, to his journey to manhood. Above almost everything, he’s warned by elders to avoid hospital at all costs, for that would mean failure and “there is no living space for failed men in our society. Either you become a man in the expected way, or you are no one at all.” After being circumcised, he remains alone in the mountains, alone with his “burning agony”, alone with the stench of putrefying flesh - such is his fear of the shame and social ostracism seeking medical assistance would bring.

Lumkile’s resistance to hospitalisation is incredibly harrowing, and there’s little respite when he’s admitted and continues to suffer in silence. But through surviving this physically and mentally excruciating experience, he summons the strength to speak out, realising that “Survival starts from within... As a so-called failed man, I have had to gain a new understanding of myself in context...My self-image is no longer dependent on what my society thinks of me but what I think of it.” Powerful stuff from an exceptional writer.

A Man Who Is Not a Man Synopsis

A Man Who Is Not A Man recounts the personal trauma of a young Xhosa initiate after a rite-of-passage circumcision goes wrong. With frankness and courage, this powerful novel details the pain and lifelong shame this protagonist experiences as a result not only of the physical trauma, but the social ostracism from being labeled 'a failed man.' He decodes the mysteries of this long-standing cultural tradition and calls to account the elders for the disintegrating support systems that allow such tragic outcomes. But it is also through this life-changing experience that the protagonist is forced to find his strength and humanity, and reassess what it really means to be a man.

A Man Who Is Not a Man Press Reviews

His straightforward no-frills prose tells an effective story of a botched circumcision and its consequences.

A brave book, triumphant and a testament to the indefatigable will to live. 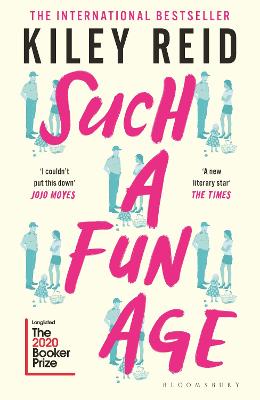 Thando Mgqolozana (born August 27, 1983, Cape Town) is a South African novelist. His novels include A Man Who is Not a Man (2009), Hear Me Alone (2011), and Unimportance (2014). He was selected as one of the 100 Most Influential Africans (2016) and a Mandela Rhodes Scholar (2006). His is the co-author of Inxeba: The Wound (2018), an Oscar-shortlisted, record breaking film. He is the founder of Abantu Book Festival, a hallmark annual literary event staged in Soweto.

View All Books By Thando Mgqolozana