Pegasus Falling is part one of an epic and heroic story jam-packed with emotion and some light-hearted moments along the way. There is a foreword at the start of this book by William Thomas’ grandchild which is well worth a read before you embark on this tale, as it tells of a family history as endearing as the story itself.

This historical fiction is filled with well formed characters that are likeable despite their flaws. Captain Sammy Parker of the British Parachute regiment is sent with his platoon into an unwinnable battle in September 1944. Despite fighting bravely, they are captured and transported across Germany. Sammy’s rash actions lead to him being separated from his men and sent to a concentration camp. This story not only covers the horrors of WWII but also the human aspect of how people react to war and the problems and obstacles that remained after the war is over. I think this look at the challenges left at the end of the war was new to me and I found it a very interesting perspective. The idea that the end of the fighting isn’t the end of the troubles is not something I’ve seen developed in WWII fiction.

I enjoyed seeing the relationships between Sammy, Naomi and Lesley develop and I am looking forward to finding out what happens in the next volumes. All in all I think that Pegasus Falling is an example of brilliant storytelling and I would recommend it to fans of historical fiction.

British Parachute Regiment Captain Sammy Parker and his platoon have fought bravely, but it was always a losing battle...the bridge they were sent to capture was unwinnable. After he and his men are forced into cattle trucks and transported across Germany on a three day journey without food or water, Sammy lashes out at an SS officer with brutal and devastating consequences...

Instead of spending the rest of his war as a POW, Sammy is sent to a concentration camp.

Spared an immediate death, he discovers first-hand the full horror of the final solution. Amongst the desperation and destitution of the camp, he encounters Naomi, a Jewish housewife from Dresden. Having seen her family murdered, Naomi has learned to survive by making the most unimaginable sacrifices. She is the woman who Sammy will come to depend on to survive himself.

But when the camp is finally liberated, the couple are separated and Sammy embarks on a journey across a continent devastated by war and wracked by ongoing tensions to find out what happened to the woman he loves. 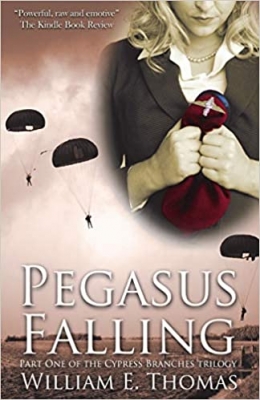