In this revealing look at the history of assassinations, Kenneth Baker examines over a hundred political and religious murders or attempted murders, ranging from Julius Caesar to President Kennedy to Osama bin Laden.

Assassins hope to change the world, but rarely succeed: Baker concludes that the assassination of Franz Ferdinand in Sarajevo in June 1914 was the only one that changed the history of the world. Other assassinations, whether of monarchs, politicians, dissidents, clerics, journalists or others at best give only a glancing blow at history. The author concludes that, in Macbeth's words, an assassination `is a poisoned chalice.'

Kenneth Baker also reveals that since 1945 there have been fewer individual assassins working alone; now assassinations are more likely to be carried out by political and religious terrorists, or by the security services of certain states to eliminate dissidents. Not only Russia and Israel, but the USA, the UK and others have resorted to targeted killings when they consider their security is under threat. On Assassinations shows how we have moved from the era of individual assassinations, through to terror groups' murders and now onto state-sponsored targeted killings

[Baker] has put together this compendium of more than a hundred political murders, from Julius Caesar to Gandhi, from Lincoln to Kennedy and Trotsky to Osama bin Laden. What emerges is a potpourri of intrigue and accident, miscalculation and just plain evil. In many cases, luck played a large part: a chance turn of events without which a murder plot would never have succeeded. . . . Baker, whose long political career included spells as Environment Secretary, Education Secretary and Home Secretary before taking him to the House of Lords, succinctly summarises each assassination and searches for a common thread between them. --

Kenneth Baker, Lord Baker of Dorking CH, is a British politician and a former Conservative MP having served in the Cabinets of Margaret Thatcher and John Major as Environment Secretary, Education Secretary and Home Secretary. He has previously written five poetry anthologies for Faber, five books on the history of cartoons including George III: A Life in Caricature and George IV: A Life in Caricature, his memoirs, The Turbulent Years, and most recently On the Burning of Books and On the Seven Deadly Sins published by Unicorn 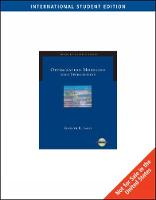 View All Books By Kenneth Baker