Playing the Moldovans at Tennis

Playing the Moldovans at Tennis Synopsis

'All I knew about Moldova were the names of eleven men printed on the inside back pages of my newspaper. None of them sounded to me like they were any good at tennis ...'

An eccentric wager finds Tony Hawks, a man who loves an unusual challenge, bound for the little-known Eastern European state of Moldova. His mission: to track down members of the country's football team and persuade them to play him at tennis. The bizarre quest ultimately has little to do with tennis or football, but instead turns into an extraordinary journey involving the Moldovan underworld, gypsies, chronic power shortages, near kidnap, and a surprisingly tender relationship with his host family.

Follow the fortunes of Tony in this hilarious and often moving adventure as it takes him from Moldova, onwards to Northern Ireland, leading to an exciting denouement in Nazareth - and the naked truth of the bet's final outcome ...

This immensely readable account, enriched with moments of true hilarity is, quite honestly, a bit of a gem - Living Abroad Magazine

I expected to find this book funny, which it is; I didn't expect to find it illuminating and rather moving, which it is too - Daily Mail

Surprisingly touching as well as incredibly funny - The Oxford Times

Even if you hate tennis and couldn't find Moldova on the map, you'll be charmed. Utterly recommended - FHM 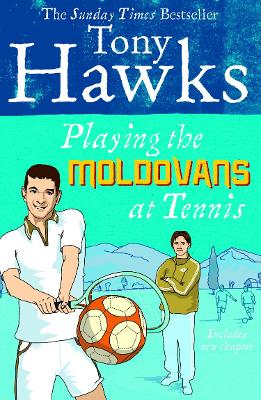 TV and radio comedian Tony Hawks regularly pops up on shows like Have I Got News for You, QI, Just A Minute and I'm Sorry I Haven't A Clue. He is the bestselling author of five books including Round Ireland with a Fridge and Playing the Moldovans at Tennis which was shortlisted for the Samuel Johnson Prize and Bollinger Everyman Wodehouse Prize. His books have sold over 1 million copies around the world. He now lives in Devon with his partner, Fran. 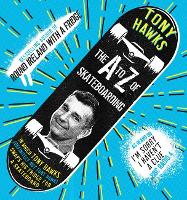 View All Books By Tony Hawks