'A fantasy, impossible but delicious ... an exuberance of life and wit' The Times Literary Supplement First masculine, then feminine, Orlando begins life as a young sixteenth-century nobleman, then gallops through the centuries to end up as a woman writer in Virginia Woolf's own time. Written for the charismatic, bisexual writer Vita Sackville-West, this playful mock biography of a chameleon-like historical figure is both a wry commentary on gender and, in Woolf's own words, a 'writer's holiday' which delights in its ambiguity and capriciousness. Edited by Brenda Lyons with an Introduction and Notes by Sandra M. Gilbert

A fantasy, impossible but delicious ... an exuberance of life and wit - The Times Literary Supplement

'I read this book and believed it was a hallucinogenic, interactive biography of my own life and future' -- Tilda Swinton - 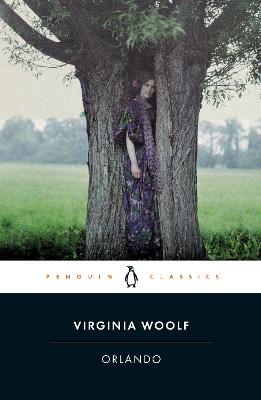 Virginia Woolf, born in 1882, was the major novelist at the heart of the inter-war Bloomsbury Group. Her early novels include The Voyage Out, Night and Day and Jacob's Room. Between 1925 and 1931 she produced her finest masterpieces, including Mrs Dalloway, To the Lighthouse, Orlando and the experimental The Waves. Her later novels include The Years and Between the Acts, and she also maintained an astonishing output of literary criticism, journalism and biography, including the passionate feminist essay A Room of One's Own. Suffering from depression, she drowned herself in the River Ouse in 1941.