Part of the Discworld Novels Series

A rib-tickling, rollicking (all the rollicking it has to be said, is done by the 6 inch high Wee Free Men) adventure with just enough scary fairies to make anyone a little wary of Fairyland. Tiffany Aching has decided she would like to be a witch, which is good, as the land needs Tiffany to be a witch to stop the bad things from Fairyland crossing over into reality. Forming part of the truly wonderful Discworld series, the five Tiffany Aching books are described as being for ‘younger readers’, and I’m quite happy to class myself in that category as Terry Pratchett’s books have the ability to reach out and touch (and sometimes rugby tackle) your thoughts no matter how old you look on the outside. Terry Pratchett hatched a world that is nearly as absurd and almost as sane as our own, and then he ran with it…a long, long way. ‘The Wee Free Men’, the first of the Tiffany Aching books, is a very funny, slightly scary, fizzing fire-cracker of a read, and I whole heartedly recommend it. PS - leave the frying pans to Tiffany!

Tiffany wants to be a witch when she grows up. A proper one, with a pointy hat. And flying, she's always dreamed of flying (though it's cold up there, you have to wear really thick pants, two layers). But she's worried Tiffany isn't a very 'witchy' name. And a witch has always protected Tiffany's land, to stop the nightmares getting through. Now the nightmares have taken her brother, and it's up to her to get him back. With a horde of unruly fairies at her disposal, Tiffany is not alone. And she is the twentieth granddaughter of her Granny Aching: shepherdess extraordinaire, and protector of the land. Tiffany Aching. Now there's a rather good name for a witch.

A funny and thought-provoking fantasy, with powerfully visual scenes and characters that remain with readers. A glorious read - School Library Journal

A clear example of a comic fantasy classic and, well . . . Crivens! It deserves t'sell a millyun copies - Sunday Express

A clear example of a comic fantasy classic and, well . . . Crivens! It deserves t'sell a millyun copies - Sunday Express

Plenty to laugh at here, not least Pratchett's ability to put a 90 degree spin on the familiar - The Times

Plenty to laugh at here, not least Pratchett's ability to put a 90 degree spin on the familiar - The Times 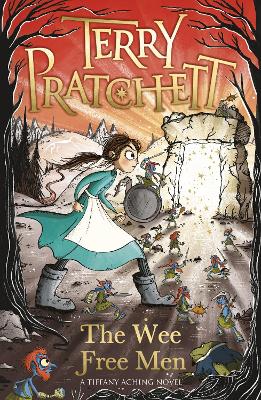 Terry Pratchett (Author) Terry Pratchett was the acclaimed creator of the global bestselling Discworld series, the first of which, The Colour of Magic, was published in 1983. In all, he was the author of over fifty bestselling books. His novels have been widely adapted for stage and screen, and he was the winner of multiple prizes, including the Carnegie Medal, as well as being awarded a knighthood for services to literature. He died in March 2015. Laura Ellen Andersen (Illustrator) When she's not trying to take over the world or fighting sock-stealing monsters, Laura Ellen Anderson is a professional children's book author ... 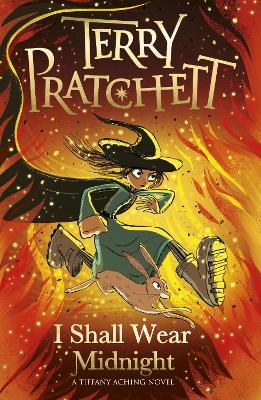 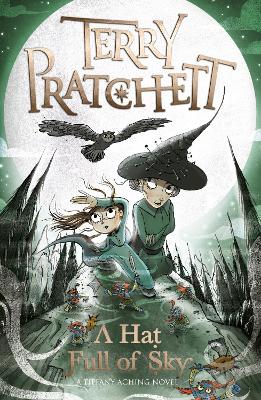