Part of the Warlord Chronicles Series

From Bernard Cornwell, the creator of the No. 1 bestselling Sharpe novels. Arthur has brought a fragile peace to Britain - but it cannot last . . .

Uniting the restive British kingdoms behind him, Arthur believes he can now hold back the Saxons threatening the country. Meanwhile, Merlin sets out on a quest to uncover the sacred Treasures of Britain, hoping they will prove decisive in the coming battle.

But in a country where the cult of the Christians is spreading, Merlin's quest is divisive. And the ambitions of the rival warlord Lancelot threaten the delicate peace. Could even those closest to Arthur be moved to betray him? 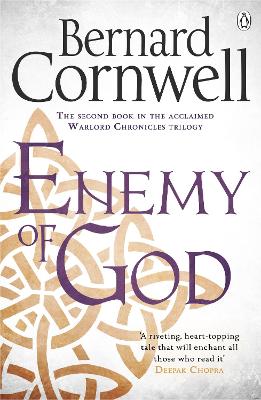