Show Me A Mountain

LoveReading View on Show Me A Mountain

Show Me A Mountain Synopsis

A story of revolution and oppression, privilege and poverty, love and betrayal from the critically acclaimed author of Pao

Fay Wong is caught between worlds. Her father is a Chinese immigrant who conjured a fortune from nothing; her African heritage mother grew up on a plantation and now reigns over their mansion in Lady Musgrave Road.

But her father's Chinatown haunts are out of bounds and the airy rooms of their home are filled with her mother's uncontrollable rages – rages against which Fay rebels as she grows into a headstrong woman.

As she tries to escape the restraints of her privileged upbringing, Fay's eyes are opened to a Jamaica she was never meant to see. And when her mother decides that she must marry the racketeer Yang Pao, she finds herself on a journey that will lead to sacrifice and betrayal.

Show Me A Mountain Press Reviews

Kerry Young is a stand-alone talent in the new emerging generation of writers from the Caribbean region. Her stories are gritty and also funny and very real - Monique Roffey

A vivid portrayal ... Kerry Young's heartfelt, sparky and affecting debut novel is a chronicle of multicultural Jamaica, both in its cultural richness and in its strife and tensions - Guardian on Pao

Kerry Young tells the absorbing, uplifting story of a young woman's escape from the brutal poverty of rural Jamaica to a new life in the violent world of its capital, Kingston ... Written in the gentle, hypnotic patois and encompassing the birth pangs of Jamaican independence, this is a highly evocative portrait of a country in transition, and of one woman's search for self-awareness and self-respect - Mail on Sunday

Gloria is a brilliant, observant, sometimes complex read, but with clear and simple messages, it speaks to the feminist and equal rights campaigner in all of us**** - Western Mail 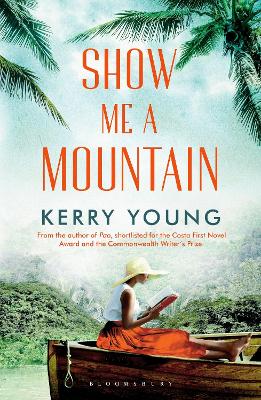 Kerry Young was born in Kingston, Jamaica, to a Chinese father and a mother of mixed Chinese-African heritage. She came to England in 1965 and lives in Leicestershire. www.kerryyoung.co.uk 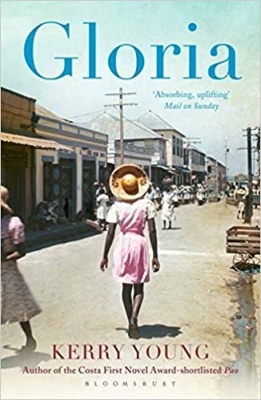 View All Books By Kerry Young