The Only Gaijin in the Village

LoveReading Expert Review of The Only Gaijin in the Village

This hilarious, heartfelt, socially astute account of a Scottish writer’s relocation to rural Japan is as wise and witty as it is entertaining.

Radiant with an infectious enthusiasm for life, Scottish writer Iain Maloney has created a playful, powerful page-turner in The Only Gaijin in the Village, a brilliant blend of memoir and travel writing at its most edifyingly entertaining.

Maloney’s post-uni TEFL work led him to fall in love with Japan and his future wife Minori. After moving to Scotland, the couple chose to return to Japan as a result of “racist and elitist” Tory government immigration rules that made it near impossible for them to live together in the UK. “I have embraced exile. I am home,” he says of living in Japan, first in a city, before he and Minori relocate to a rural environment.

Fiercely funny, the author’s voice is akin to being regaled by a witty friend’s pub anecdotes, with observations moving between lyrical eulogies to nature’s beauty and outright hilarity, such as when he describes a wild typhoon as a “blowy bastard”. From deciphering the codes of Japanese rural culture, to navigating trials of the natural world (including snakes, centipedes and behemoth bees), Maloney takes everything in his stride with an exhilarating can-do spirit. “Humans can get used to anything”, he blithely - and sagely - remarks.

Maloney comically covers cultural culinary differences when he describes encountering whale bacon and flame-grilled snakes, but true to form counterbalancing comes when he mentions haggis in the same context. There are similarly entertaining accounts of his farming endeavors, from uncovering digging myths the hard way (“Where is this ground made of tofu that’s easier to dig than a Miles Davies solo?”), to his superb description of growing peas that possess “a smell and taste so evocative Proust could have bored the arse off half of France for decades”.

Honest, amusing, humble and informative, with prescient political underpinnings (“every immigrant story is also an emigrant story. This is what the Right want us to forget. They want us to believe it’s all about them coming here, not about them leaving there...the term ‘expat’ is encoded racsim”), I can’t praise this highly enough.

The Only Gaijin in the Village Synopsis

In 2016 Scottish writer Iain Maloney and his Japanese wife Minori moved to a village in rural Japan. This is the story of his attempt to fit in, be accepted and fulfil his duties as a member of the community, despite being the only foreigner in the village.

Even after more than a decade living in Japan and learning the language, life in the countryside was a culture shock. Due to increasing numbers of young people moving to the cities in search of work, there are fewer rural residents under the retirement age – and they have two things in abundance: time and curiosity. Iain’s attempts at amateur farming, basic gardening and DIY are conducted under the watchful eye of his neighbours and wife. But curtain twitching is the least of his problems. The threat of potential missile strikes and earthquakes is nothing compared to the venomous snakes, terrifying centipedes and bees the size of small birds that stalk Iain’s garden.

Told with self-deprecating humour, this memoir gives a fascinating insight into a side of Japan rarely seen and affirms the positive benefits of immigration for the individual and the community. It’s not always easy being the only gaijin in the village.

What To Read After The Only Gaijin in the Village 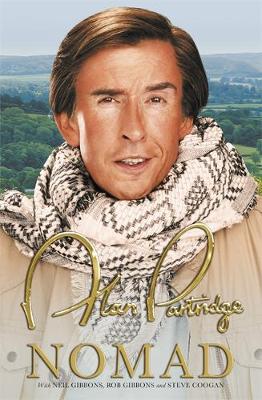 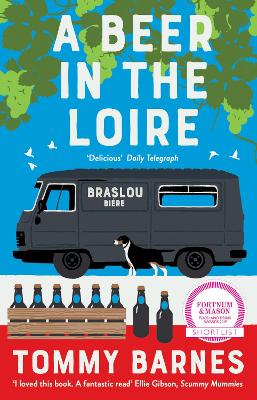 The Only Gaijin in the Village Reader Reviews

An amusing adventure great title makes me think of Little Britain, an interesting story of moving to the other end of the Earth and the huge cultural differences with good old scots humour and observation along the way.

I wanted to read this book as I loved Stef Smulders' book Living in Italy. This is the story of Iain and his Japanese wife who have moved from Scotland to Japan - as a fellow Scot, moving away can be a culture shock although personally moving to the South-west of England was the best move for me. But to move to a remote village with different cultures and a different language - my heart went out to him.

As a fellow Scot, I did find myself chuckling and remembered Scotland again from a different stance.

How I would have survived in a different culture I do not know and take my hat off to this very talented author who explores lots of issues in this book - death as he begins this story, WWII, to the shocking price of rice and it is grown there!
I am now going to seek out this author's other books. A recommended book and just published so give it a whirl.

It's a fascinating book for anyone interested in Japan which I enjoyed enormously.

I admit I was expecting another version of the 'naive British person abroad' genre but it's actually a lot more than that.

Iain Maloney is a Scot married to a Japanese woman and he has lived in Japan for a number of years, but it's not the stereotypical Japan of big cities, technology and sushi bars that he writes about. He and his wife live in a small village near a larger town where he teaches at the university.

He writes about everyday life in this small village and the people he encounters there as neighbours and his wife's family members. Some of the book is very funny but it's also very interesting and thought-provoking as he writes of coming to terms with the idea that he will spend his life in Japan and his feelings about living as an immigrant to Japan, getting to grips with the language and customs and coping with everyday problems. I would love to go to Japan and I was fascinated by the descriptions of life here-things like living with the expectation of an earthquake or volcanic eruption, as well as the sense of order and community spirit which was lovely to read about.

The chapters were originally written as blog posts so they vary in length and as each deals with a different topic, they could be read in any order. It's a fascinating book for anyone interested in Japan which I enjoyed enormously.

This is a refreshingly different take on the “Brit moves abroad and tries to fit in with the local community” type of book. For a start, it is about Japan. And not city life but about a young man buying a house in a village in the country and trying to fit into a rural community where most people are retired.

I liked how he describes the culture shock in an amusing way but without making fun of the locals. Indeed, the humour is self-deprecating usually arising from the author’s attempts at gardening and decorating. The explanation of attitudes towards weddings, religion, ownership of property were interesting and I would have liked more of this – and more about his delightfully sceptical Japanese wife – and not quite so much about the author’s background, various phobias and laddish pranks.

It’s a warm and funny read. The vocabulary and cultural references are aimed more at readers a bit younger than me (I’m retired) but entertaining and informative nevertheless. 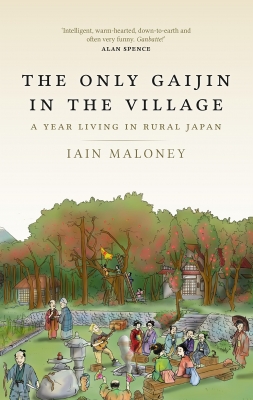