LoveReading View on The Boleyn Inheritance

Interestingly told from the point of view of three women, Anne of Cleves, Katherine Howard and the dreadful Jane Boleyn, this is the Tudor Court brought vividly to life again by a real pro. What a violent and frightening man Henry VIII was. Gregory notes at the end of the book that little is known about Anne or Katherine so she has a free run of how things went, consequently she has produced a thrilling tale.

The year is 1539 and the court of Henry VIII is increasingly fearful at the moods of the ageing sick king. With only a baby in the cradle for an heir, Henry has to take another wife and the dangerous prize of the crown of England is won by Anne of Cleves.

She has her own good reasons for agreeing to marry a man old enough to be her father, in a country where to her both language and habits are foreign. Although fascinated by the glamour of her new surroundings, she senses a trap closing around her. Katherine is confident that she can follow in the steps of her cousin Anne Boleyn to dazzle her way to the throne but her kinswoman Jane Boleyn, haunted by the past, knows that Anne’s path led to Tower Green and to an adulterer’s death.

The story of these three young women, trying to make their own way through the most volatile court in Europe at a time of religious upheaval and political uncertainty, is Philippa Gregory’s most compelling novel yet.

Praise for 'The Constant Princess': 'One of Gregory's great strengths as a novelist is her ability to take familiar historical figures and flesh them into living breathing human beings. The Constant Princess is a worthy successor to her previous novels about the Tudors and deserves to be a bestseller.
Daily Express

'Gregory's research is impeccable which makes her imaginative fiction all the more convincing.'
Daily Mail

'Gregory is great at conjuring a Tudor film-set of gorgeous gowns and golden-plattered dining.'
Telegraph

'The contemporary mistress of historical crime. Her novels are filled with strong, determined women who take their fate into their own hands!Gregory brings to life the sights, smells and textures of 16th-century England.'
Kate Mosse, Financial Times

'The Constant Princess': 'If romantic historical novels are your cup of tea, The Constant Princess will not disappoint. Gregory vividly reconstructs life in the Spanish royal household, and contributes to the sense of Katherine's foreignness.'
The Times 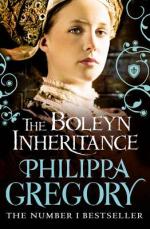 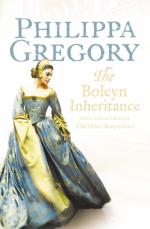