by Sam Friedman and Daniel Laurison

LoveReading View on The Class Ceiling

This lucid, rigorous, readable analysis of the employment experiences of 175 individuals who work in prestigious professions (such as TV, architecture and acting) reveals beyond doubt that Britain is far from a meritocracy. Rather, it still pays to be born privileged, and the working class still face multiple barriers that make it more difficult to get into such professions, and make it more difficult to get on if you’re in the minority who are appointed (the 16% pay gap revealed here is shocking and unacceptable).

The research demonstrates that the reproduction of privilege remains a powerful factor: “about half the people in top jobs had parents who did similarly high-status work, while less than 20% come from working-class backgrounds”. One of the resounding themes emerging from the authors’ findings is the sense of entitlement felt by those born into privilege, and with that comes unflappable confidence and connections that see them progress much faster and further than their working class peers. The doors are already open. The Bank of Mum and Dad means they can take unpaid internships or, for example, live comfortably as an out-of-work-actor while their living expenses are covered. And then there are the introductions that lead to ways-in that are simply not accessible to the working class, and the unspoken codes about how to dress and how to speak that leave many working class employees out in the cold, still viewed as not one of “us”, not quite the part, unpolished, even.

Many of the interviews make for deeply uncomfortable reading. Despite mentioning their paid-for flats, subsidised living expenses and vital introductions that lead to coveted jobs, the privileged interviewees don’t even see themselves as having any advantage. These are assumed to be the norm, which reveals the deep-rooted persistence of a class chasm in contemporary Britain, and an alarming ignorance that exacerbates divisions. With one exception, the interviewees believe their success is entirely down to merit, whereas in reality the old boys’ network is as strong as it ever was.

With those in power still largely from privileged backgrounds, and the status quo very much not working, the authors’ ten suggestions for smashing this ceiling should be heeded by politicians and policy-makers, from publishing social mobility data, to banning unpaid, unadvertised internships that give the already privileged further advantage, while the less well-off don’t get a look in. Exposing the fallacy of meritocracy, this enlightening and powerfully engaging study should be essential reading for anyone concerned about the future of Britain in these turbulent times.

Politicians continually tell us that anyone can get ahead. But is that really true? This important best-selling book takes readers behind the closed doors of elite employers to reveal how class affects who gets to the top.

Friedman and Laurison show that a powerful 'class pay gap’ exists in Britain’s elite occupations. Even when those from working-class backgrounds make it into prestigious jobs, they earn, on average, 16% less than colleagues from privileged backgrounds. But why is this the case? Drawing on 175 interviews across four case studies – television, accountancy, architecture, and acting – they explore the complex barriers facing the upwardly mobile.

This is a rich, ambitious book that demands we take seriously not just the glass but also the class ceiling.

“The Class Ceiling blows apart the myth of our supposed meritocracy.” The National (Scotland)

Recommended for all levels from upper-division undergraduates to faculty by CHOICE Connect.

"An excellent, mixed-methods, Bourdieu-driven study of how privilege creates a “following wind” that helps push people to the top of elite professions… An important innovation of this study is that the authors use ethnographic interviews and observations in four work settings to see how privilege helps not only with “getting in” but also the even more consequential steps of “getting on,” of rising to the elite levels."

"Reading The Class Ceiling hit home in so many places I felt bruised by the end. " The Guardian

"A well-conceived and important study which makes a significant contribution to knowledge about social mobility, and an important intervention into broader political debates"

"Without question this is the most outstanding study of social mobility in the UK to have appeared in the past 20 years. Using a brilliant mixed method design, Friedman & Laurison trace the long shadow of class privilege in driving career prospects even in the supposedly dynamic sectors of today’s knowledge economy. Anyone who thinks Britain is a meritocracy needs to ponder the lessons of this wonderful book." Mike Savage, LSE

"This stunning book provides a panoramic overview of class inequality in the UK labour market with a forensic scrutiny of the ways in which privilege works to keep the class ceiling firmly in place." Diane Reay, University of Cambridge

“Friedman and Laurison show how it can possibly be that upwardly mobile executives and professionals earn less than those raised in the upper classes. Everybody in The Class Ceiling has a desirable job, but even in the upper reaches of British society, class roots matter.” Mike Hout, New York University 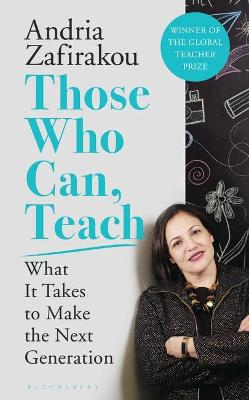 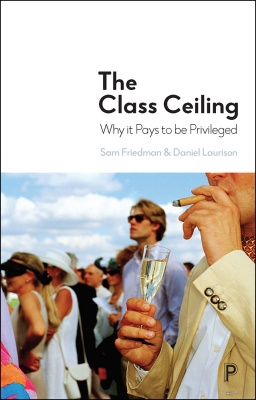 About Sam Friedman and Daniel Laurison

Sam Friedman is Associate Professor in Sociology, London School of Economics and a Commissioner at the Social Mobility Commission. He has published widely on social class, social mobility and elites. He is the author of Comedy and Distinction: The Cultural Currency of a ‘Good’ Sense of Humour (Routledge 2014) and the co-author of Social Class in the 21st Century (Penguin, 2015). He tweets as @SamFriedmanSoc Daniel Laurison is Assistant Professor at Swarthmore College, USA. Previously he was at the London School of Economics & Political Science. He is Associate Editor of the British Journal of Sociology and tweets as @Daniel_...