LoveReading View on Swords of Silence

A stark, fierce, and fascinating start to what promises to be a rewarding trilogy. The Swords of Silence is set in Japan during 1626 as the Shogun slams shut the door to outside influences. If Father Joaquim Martinez and the village he tends, fail to renounce their religion, they face a hideous death. It took a little time for me to settle into the names, the time, the land, however I was soon gripped by the story on offer. The dedication at the beginning states that between 1614 and 1643 the Shogun executed almost 5,000 Christians. Shaun Curry writes with a simplicity that to be quite honest, feels necessary in the bloodshed that follows. He doesn’t revel in the gore, instead quite matter-of-factly describes incidents that somehow feel all the more real. I have to say that I have rather fallen for Master Watanabe and do hope that he makes a reappearance in the trilogy! Exploring a time and place from long ago, The Swords of Silence took me with picture sharp clarity into a compelling story.

Where once new ideas and beliefs were accepted, now the country’s military dictator, the Shogun is shutting his country down to any outside influence.

Father Joaquim Martinez who left Portugal to make Hizen Province, Japan his home, has been quietly tending to the lives of his villagers, but everything is about to be thrown into turmoil, as the Shogun has outlawed Martinez’s beliefs. Those who won’t recant or accept banishment, face a death sentence.

With the threat of a massacre looming, and the Shogun’s Samurai closing in, Father Martinez must decide if he is willing to risk everything, to save those he has sworn to protect.

The true bravery of a Jesuit priest in a land where Christianity is illegal, and where both Christians and those who aid them are tortured, imprisoned and killed. Full review

The Swords of Silence is a great read that helped me learn about a part of history I didn’t know. Full review

The Swords of Silence is a great book, and I love the fact that the author captured moments in history that were true and brutal, and not many people in the world know about. However, many of the scenes in The Swords of Silence that featured escaping were unrealistic and resembled the Bible stories. Full review

Ivana A (Diary Of Difference) 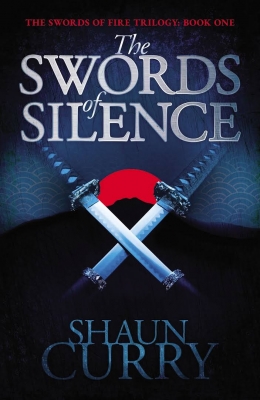 View All Books By Shaun Curry