LoveReading View on Her Hidden Life

A forbidden love. A deadly secret. `An absorbing, well-researched story that brings to life an extraordinary period in history' GILL PAUL, bestselling author of The Secret Wife

A fascinating, bold read, allowing you access to the Second World War from an unusual viewpoint.  Magda Ritter tells her own story as she moves from Berlin to Hitler’s retreat The Berghof to act as the ultimate protector, Hitler’s food taster. Magda has to be prepared to give her life for the Fuhrer, yet she finds love and a social conscience in the most unlikely of places. V. S. Alexander writes with a beautiful simplicity, allowing the heart of the story to shine through. The words encourage you to imagine, to experience, to feel. Taking you into the heart of Germany during the Second World War, ‘Her Hidden Life’ is an absorbing and intriguing foray, that encouraged me to think and feel from an entirely different perspective.

It's 1943 and Hitler's Germany is a terrifying place to be. But Magda Ritter's duty is the most dangerous of all... Assigned to The Berghof, Hitler's mountain retreat, she must serve the Reich by becoming the Fuhrer's `Taster' - a woman who checks his food for poison. Magda can see no way out of this hellish existence until she meets Karl, an SS officer who has formed an underground resistance group within Hitler's inner circle. As their forbidden love grows, Magda and Karl see an opportunity to stop the atrocities of the madman leading their country. But in doing so, they risk their lives, their families and, above all, a love unlike either of them have ever known... Lose yourself in this sweeping, heroic love story fraught with danger. The perfect read for fans of Dinah Jeffries and Gill Paul.

A fight for survival that kept my intrigued until the last pages. Full review

Magda Ritter moves from her sheltered life in Berlin to work as a food taster at Hitler’s mountain retreat. The serene alpine location belies the dangers lurking around every corner. Full review

'Alexander's intimate writing style gives readers openings to wonder about what tough decisions they would have made in Magda's situation. The taster's story adds to a body of nuanced World War II fiction such as Elizabeth Wein's Code Name Verity, Anthony Doerr's All the Light We Cannot See, and Tatiana de Rosnay's Sarah's Key. Book clubs and historical fiction fans will love discussing this and will eagerly await more from Alexander.' - THE LIBRARY JOURNAL

'Alexander sweeps readers into a different WWII novel, exploring the inner circle at Hitler's mountain retreat through the eyes of a German girl. This well-researched novel allows readers an intimate glimpse into Hitler's mental state, Eva Braun's place in his life, and his war strategies. Alexander deliberately changes what could be a tense portrait of the era into a calm picture of the bucolic lifestyle of the retreat. Yet, readers still feel the tension between the Nazis, the ordinary German people, and the resistance, as one woman is caught in a mora dilemma with only her courage to keep her alive. Certainly, this book is an interesting reimagining of a key moment in history.'  - RT Book Reviews, 4 Stars 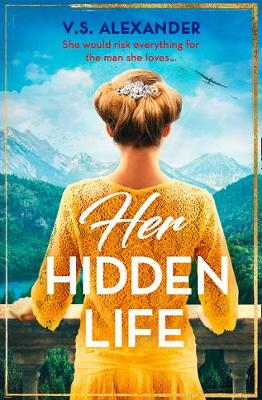 V.S. Alexander is an ardent student of history and the arts and loves writing historical fiction with strong female protagonists. The author of several novels and short stories, Alexander's first novel was The Magdalen Girls, an Amazon best seller, set in 1962 Dublin. V.S. is currently at work on a third book, set in 19th Century Ireland, with additional titles planned for later release. The author lives in South Florida where summer is never far away.