Combining exemplary investigative research with enthralling readability and a radiant human touch, this book will surely transform commonly-held perceptions of sixteenth century England, and the role of minorities in British history. Through detailed portraits of ten fascinating individuals whose stories have gone untold, this book lays bare the varied and often vital roles played by Africans who lived free and varied lives in Tudor times.

As the author points out in her introduction, the popular view is that “people of African origin first arrived in England when the Empire Windrush docked at Tilbury in 1948.” Not so, and the author also rebuffs the assumption that African presence in Tudor England was always an experience of “enslavement and discrimination”. Among these absorbing pages we discover John Blanke, a King’s trumpeter, most likely to have been born in North or West Africa, and Jacques Francis, a salvage diver who was the first known African to testify before an English court. Then there’s Moroccan Mary Fillis who came to England as a child and was baptised. This riveting reassessment of an oft-explored era deserves to be widely read. ~ Joanne Owen

A Book of the Year for the Evening Standard and the Observer A black porter publicly whips a white Englishman in the hall of a Gloucestershire manor house. A Moroccan woman is baptised in a London church. Henry VIII dispatches a Mauritanian diver to salvage lost treasures from the Mary Rose. From long-forgotten records emerge the remarkable stories of Africans who lived free in Tudor England... They were present at some of the defining moments of the age. They were christened, married and buried by the Church. They were paid wages like any other Tudors. The untold stories of the Black Tudors, dazzlingly brought to life by Kaufmann, will transform how we see this most intriguing period of history. 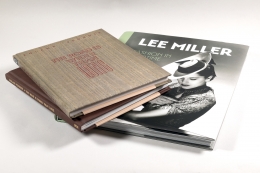 'That rare thing: a book about the 16th century that said something new.' -- Evening Standard, Books of the Year

'Splendid...that rare thing - a work of history about the Tudors that actually says something fresh and new...a cracking contribution to the field.'  Dan Jones, Sunday Times

'Enlightening and constantly surprising... Far too many popular studies of the Tudors return the same faces. To its great credit, Black Tudors presents fresh figures and challenges the way we look at them.' -- Jessie Childs, Financial Times

'[The] audience will find itself in the hands of a historian of excellent investigative skills, who shows attention to detail, uses evidence with appropriate caution, and has the sensibility of a scholar.' -- Times Literary Supplement

'The industry and skill with which Miranda Kaufmann has hunted for these sources and teased out their meanings are exemplary... Kaufmann's greatest skill is her ability to fill in the background on every topic that arises, from piracy to silk-weaving to brothels to Anglo-Moroccan diplomacy...In the hands of a lesser writer this would be mere padding with secondary material, but she investigates every subject in the same depth... a fascinating book, which brings a sadly neglected part of our history to life, and grinds no ideological axes in the process'. -- Daily Telegraph

'Miranda Kaufmann writes engagingly as she reveals the untold stories of Africans who lived free, worked for wages, married and died in 16th and 17th century England.' -- CHOICE

'Meticulous research draws on sources from letters to legal papers...The detail [Kaufmann] unearths brings to life those absent from the pages of history.' -- Observer

'A thought-provoking account of 10 remarkable people, and a valuable corrective to some unthinking assumptions about both Tudor society and the role of racial minorities in English history.' -- Times Higher Education

'A powerful and perceptive reassessment of a time that has too long been sidelined by popular historical storytelling.' -- Press Association

'Thought-provoking... [Kaufmann] takes readers on fascinating excursions through Moroccan history, the European exploration of South America, and the seedier side of London.' -- Christian Science Monitor

'Black Tudors demonstrates the way understanding of history is constantly changing based on changing contemporary values and perspectives. For someone dedicated to an awareness of oppression throughout history, Black Tudors is an important but difficult read, inspiring a desire for more information.' -- The Riveter Magazine

'This is history on the cutting edge of archival research, but accessibly written and alive with human details and warmth. Black Tudors is a critical book that allows us to better understand an era that fascinates us like no other.' -- David Olusoga, author of Black and British: A Forgotten History

In a work of brilliant sleuthing, engagingly written, Kaufmann reclaims long-forgotten lives and fundamentally challenges our preconceptions of Tudor and Jacobean attitudes to race and slavery.' John Guy, bestselling author of Elizabeth: The Forgotten Years

'Miranda Kaufmann has written a superb antidote both to the cliches of Tudor history and to the assumption that Black migration to Britain began with the Windrush. Her vivid portrait of Black Tudor lives sweeps readers around the world in the company of Diego, manservant to Sir Francis Drake, and back to the life of single woman Cattelena in the Gloucestershire countryside. Grounded in precise and detailed historical research, Black Tudors promises to change perceptions of a period at the heart of Britain's national identity.' -- Catherine Fletcher, author of The Black Prince of Florence

'The book is based on impeccable research in a rich array of sources. But Dr Kaufmann wears her learning lightly and she tells a series of fascinating stories with an elegance and wit that should appeal to many readers. --Clive Holmes, Emeritus Fellow and Lecturer in History, University of Oxford

'A brilliant example of how to use the most detailed kind of archival data to present a broadly accessible picture of the past, and one which has enormous relevance to the present controversies about immigration and diversity.' -- Paul Kaplan, Professor of Art History, State University of New York

'The very concept of black Tudors may sound unlikely, but in this highly readable yet intensively researched book, Kaufmann...makes clear that people of African descent were residing in England centuries before the postwar Windrush generation and were not necessarily enslaved. By examining in detail the lives of 10 previously obscure men and women, Kaufmann depicts the great diversity of their experiences in 16th- and early-17th-century England... Kaufmann also persuasively argues that the enslavement of Africans emerged as a response to the socioeconomic conditions of England's Caribbean and North American colonies, rather than as an inevitable result of a supposedly inherent racism within early modern English culture. Kaufmann's crucial contention, in conjunction with her lively prose and fascinating microhistories, should draw some well-deserved attention.' -- Publishers Weekly, starred review

'Tudor England's legendary history is a rich locus in the popular imagination. Full of pageantry and larger-than-life personalities, the period is a favorite of the Anglophilic world. But what if that seemingly monolithic world was also black?... For a modern audience acculturated to thinking of Africans in the West as either enslaved or altogether absent, the picture that emerges challenges the centrality of whiteness and slavery in the Tudor period. Kaufmann takes pains to situate Great Britain on the national stage as a minor nation emerging from civil war and fighting to be acknowledged at the international level... Black Tudors concentrates on individuals who are enmeshed in the historical narrative and effectively places them right back where they've always belonged.' -- Foreword Reviews

'Who knew that a diver from West Africa worked to salvage Henry VIII's flagship the Mary Rose? Based on a wealth of original research, Miranda Kaufmann's Black Tudors restores the black presence to sixteenth- and seventeenth-century England in all its lively detail. Africans lived and worked not as slaves but as independent agents, from mariners to silk weavers, women and men, prince and prostitute. Black Tudors challenges assumptions about ethnic identity and racism in Tudor England. It will be required reading for anyone interested in new directions in Tudor history.' -- Dr John Cooper, Senior Lecturer in History, University of York, and author of The Queen's Agent 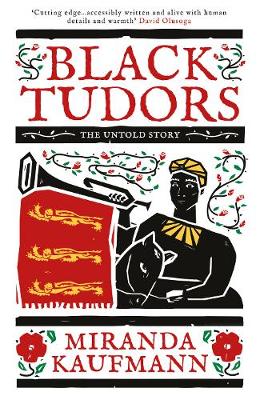 Shortlisted for the Wolfson History Prize 2018 Miranda Kaufmann is a Senior Research Fellow at the University of London's Institute of Commonwealth Studies. She has appeared on Sky News, the BBC and Al Jazeera, and she's written for The Times, Guardian and BBC History Magazine. She lives in Pontblyddyn in North Wales. On Black Tudors: The Untold Story:  I wrote Black Tudors because I wanted to share the fascinating stories of Africans in Tudor England that I had uncovered with the public. I wanted to show that black people had been living in England for far longer than many ...

View All Books By Miranda Kaufmann