LoveReading View on The Liar's Girl

An absolutely cracking, and thrillingly creepy read. Ten years after her first boyfriend Will confessed to five murders in Dublin and was imprisoned, Alison is still keeping the past at arms length. After several copycat killings, the Garda ask her to return home and speak to Will in prison, and Alison finds herself facing the past head on. The first few intense pages set the tone, the words menaced and harassed my senses as they introduced an unidentified male. The chapters that follow are either headed Alison or Will, with the unidentified male occasionally making an appearance. Unsynchronised ‘then’ or ‘now’, keep you in the present or throw you into the past, and I was on high alert to the changes. Alison tells her own tale, allowing a deeper connection, I found myself uncertain and on edge, as more information from the past was released. Catherine Ryan Howard fans the flames of tension, she strings a taut wire between the murders of then and now, until they start to collide and the ending hurtles towards you. The Liar’s Girl is so clever, so captivating, and fairly crackles with dramatic intensity, oh what a truly fabulous read this is. ~ Liz Robinson

Her first love confessed to five murders. But the truth was so much worse.

Dublin's notorious Canal Killer, Will Hurley, is ten years into his life sentence when the body of a young woman is fished out of the Grand Canal. Though detectives suspect they are dealing with a copycat, they turn to Will for help. He claims he has the information the police need, but will only give it to one person - the girl he was dating when he committed his horrific crimes.

Alison Smith has spent the last decade abroad, putting her shattered life in Ireland far behind her. But when she gets a request from Dublin imploring her to help prevent another senseless murder, she is pulled back to face the past - and the man - she's worked so hard to forget.

Absolutely fantastic. I was gripped the entire way through, can't recommend it enough... Jenny Blackhurst

Catherine Ryan Howard is such a skilled storyteller - every setting was evocative, every hook well-placed, every twist expertly-timed. I flew through it! Astonishingly good. Jo Spain

A stand-out book... Real and sympathetic characters, a flawlessly-paced plot and a genuinely original premise. I finished it at 2:00am, my heart pounding! Gillian McAllister

The Liar's Girl is BRILLIANT. [Catherine Ryan Howard has] outdone herself... It's even better than the Dagger-nominated Distress Signals and that's saying something! -- Michelle Davies Gripping. Elizabeth Haynes

Incredibly pacey - what lifts Catherine's work above many others in the genre is the quality of her writing and the strength of her characterization. Dublin comes alive in this slice of Irish noir. Sinead Crowley

The Liar's Girl is an incredibly compelling tale of guilt, secrecy and murder. Gripping from the start, Catherine Ryan Howard lures readers in from page one and brings every girl's worst nightmare to life. Unputdownable! Phoebe Morgan

Distress Signals is a highly confident and accomplished debut novel, impeccably sustained, with not a false note. ... a psychologically acute portrait of a killer that is genuinely moving. We will hear a great deal more of this author. Irish Times on Distress Signals

This is Catherine Ryan Howard's debut thriller, and what a tense, tight, original page turner she's delivered...Writing a thriller which doesn't leave readers with a sense of deja vu isn't easy these days, but Catherine Ryan Howard has managed it triumphantly. Definitely a new, exciting and original author to watch. Sunday Independent on Distress Signals

Catherine Ryan Howard is an astonishing new voice in thriller writing. Make sure the children are fed, the cat is out and the box set is finished before you pick up Distress Signals because it will have to be wrenched from your hands before you will notice the world again. Pacey, suspenseful and intriguing, I highly recommend it for a top class page turning read. Liz Nugent, author of 2014 IBA Crime Novel of the Year for Unravelling Olive on Distress Signals

It's so hard to stand out in this space right now but The Liar's Girl offers a killer premise that totally delivers. A creepy, claustrophobic tale that never lets up on the tension while also managing to strike a truly tender note. Caz Frear, bestselling author of Sweet Little Lies 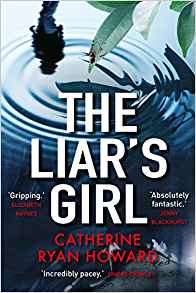 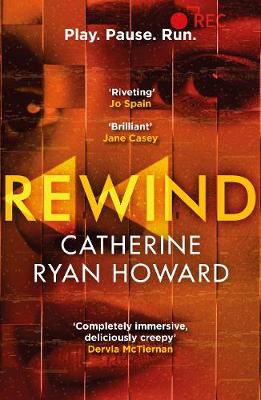 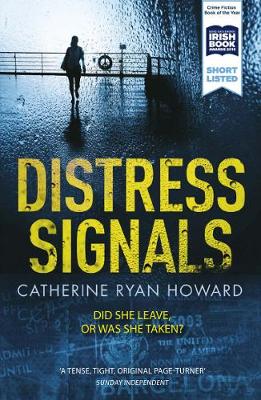