The revelatory autobiography of a rugby colossus: Paul O'Connell There has never been a rugby player quite like Paul O'Connell. He is synonymous with passion, heart and determination; but he is also the thinking man's rugby player, a legendary student of the game.

'The years of O'Connell and O'Driscoll were as close to a golden age as ever Ireland will get and O'Connell's book tells you how it all happened ... It should be mandatory for every Irish squad member to read O'Connell's book to better understand what it takes to make a team' - David Walsh, Sunday Times

'The intense physicality of his rugby upbringing is an abiding theme ... along with humour, the craic and an extensive knowledge of how teams work' -- Paul Hayward Daily Telegraph

'Excellent ... [an] eye-opening account of the never-ending battles he fought Rugby World Fascinating ... the recollections of life with the British and Irish touring team leap out as highlights' Daily Mail

'A fascinating insight into what has driven him and how his approach to the game changed over time. The inner tensions of possibly the most intense competitor of his generation are laid bare in The Battle.' -- Shane Horgan, Sunday Times 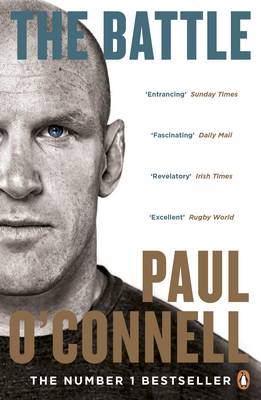 Paul O'Connell was born in Limerick in 1979. He was selected for three British and Irish Lions tours, including as captain in 2009. He won three Six Nations championships with Ireland, including two as captain, in 2014 and 2015; and he won two Heineken Cups with Munster.

View All Books By Paul O'Connell