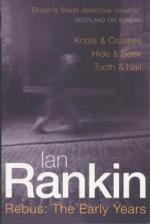 Knots & Crosses: Two girls have been abducted and brutally murdered. Now a third is missing. Detective Sergeant John Rebus, his own young daughter spirited away south by his disenchanted wife, is one of the policemen hunting the killer. And then the messages begin to arrive: knotted string and matchstick crosses - taunting Rebus with pieces of a puzzle only he can solve …

Hide & Seek: A junkie lies dead in an Edinburgh squat. Just another addict, until Inspector Rebus begins to chip away at the indifference, treachery, deceit and sleaze that lurk behind the façade of the city familiar to tourists. And only Rebus seems to care about a death that looks more like murder every day, a death that appeals to the darkest corners of his mind.

Tooth & Nail: Drafted down to the Big Smoke thanks to a supposed expertise in the modus operandi of serial killers, Inspector Rebus is on the trail of a man who, due to his penchant for taking a bite from each of his victims, is known as the Wolfman. When Rebus is offered a profile of the Wolfman by an attractive lady psychologist, it seems too good an opportunity to turn down. But in finding an ally, he may have given his enemies an easy means of attack …

What To Read After Rebus : The Early Years 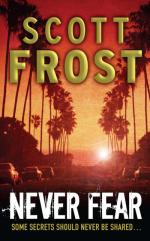 'Rankin's ability to create a credible character, delivering convincing dialogue to complement sinister and hard-hitting plots against a vividly detailed atmosphere, is simply awesome' Time Out

'Rankin has followed one success with another. Sardonic and assured, the novel has a powerful and well paced narrative... What is striking is the way Rankin uses his laconic prose as a literary paint stripper, scouring away pretensions to reveal the unwholesome reality beneath' Independent

'Rankin's prose is understated, yet his canvas of Scotland's criminal undreclass has a panoramic breadth. His ear for dialogue is as sharp as a switchblade. This is, quite simply, crime writing of the highest order' Daily Express