A very violent criminal gang which attracts some extraordinarily nasty characters has an old score to settle â€¦ Smoke.  But it hadnâ€™t banked on the reformed criminalâ€™s girlfriend â€¦ on one of its members growing tired of slaughter â€¦ on general mayhem â€¦ a plucky flatmate or on a series of mishaps that grace this fast-paced, addictive novel.  Itâ€™s Tarantino/Lock, Stock and Two Smoking Barrels territory and it is fantastic.

Smoke Dugan has made a living from making bombs for a criminal organisation. But when one of his bombs is used to take down a plane with innocent women and children on board, something snaps inside him. He takes his revenge by killing his criminal boss, taking his money and going on the run. Now, a year later, Smoke is hiding out in Portland. 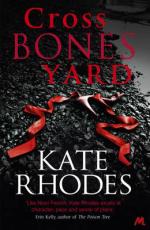 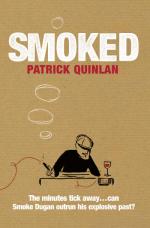 Patrick Quinlan was the youngest child in a big, noisy, New York Irish-American family. Ten minutes late to supper and all the food was gone. Other kids in the neighbourhood wanted to become cops, or firemen, or crime kingpins. He wanted to become Jimi Hendrix. At an early age, he became an accomplished and incorrigible liar, eventually finding work that made good use of this talent - journalist, political operative, copywriter, and now novelist... He lives on the coast of Maine with his wife, Joy Scott.Photograph copyright Â© Ed Zelinsky