The Haunting of Hill House

LoveReading Expert Review of The Haunting of Hill House

From the title you might imagine that this novel would be the most conventional of haunted house stories, but a line on page one suggests the true flavour of the chills to come: “Hill House, not sane, stood by itself against its hills, holding darkness within…”. That “not sane” is the key.

From there we are back to the usual sort of premise. The lonely Eleanor is invited by psychic investigator Dr Montague to join a small group to stay for the summer in the notoriously haunted Hill House. At a loose end and seeking companionship Eleanor joins the small group. Things soon start to go awry. Rustlings and fleeting shapes in the beautiful grounds, sounds where there should be quiet in the ugly rooms Jackson expertly weaves a steadily building sense of dread and darkness around the house.

But tellingly Eleanor and the others in the group have brought their own darkness with them. Eleanor’s life was far from happy before she came to Hill House and you can’t run away from your life.

The Haunting of Hill House is the most psychological of ghost stories. Jackson knows that we carry our fears inside us and her novel leaves you profoundly unsure of where ghosts really come from. There are few shocks in the book but Jackson’s clever, understated and insidious prose ensures its horrors creep up on you and stay with you long after you finish the book. The book has been filmed but neither version does it justice – this is extraordinary stuff. Fans of Stephen King and Michelle Paver? You have been warned – you are holding darkness within. ~ Simon Spanton

The Haunting of Hill House Synopsis

Part of a new six-volume series of the best in classic horror, selected by award-winning director Guillermo del Toro. First published in 1959, Shirley Jackson's The Haunting of Hill House has been hailed as a perfect work of unnerving terror. It is the story of four seekers who arrive at a notoriously unfriendly pile called Hill House: Dr. Montague, an occult scholar looking for solid evidence of a 'haunting'; Theodora, his lighthearted assistant; Eleanor, a friendless, fragile young woman well acquainted with poltergeists; and Luke, the future heir of Hill House. At first, their stay seems destined to be merely a spooky encounter with inexplicable phenomena. But Hill House is gathering its powers - and soon it will choose one of them to make its own. Shirley Jackson was born in San Francisco in 1919. She first received wide critical acclaim for her short story 'The Lottery', which was published in 1948. Her novels - which include The Sundial, The Bird's Nest, Hangsaman, The Road through the Wall, We Have Always Lived in the Castle and The Haunting of Hill House - are characterised by her use of realistic settings for tales that often involve elements of horror and the occult. Raising Demons and Life Among the Savages are her two works of nonfiction. Come Along With Me is a collection of stories, lectures, and part of the novel she was working on when she died in 1965.

What To Read After The Haunting of Hill House 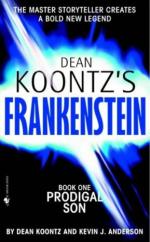 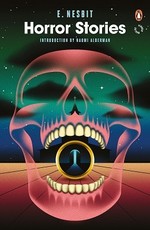 'Stepping into Hill House is like stepping into the mind of a madman; it isn't long before you weird yourself out' Stephen King

'An amazing writer ... If you haven't read We Have Always Lived in the Castle or The Haunting of Hill House or any of her short stories you have missed out on something marvellous' -- Neil Gaiman

'The world of Shirley Jackson is eerie and unforgettable ... She is a true master' -- A. M. Homes

'One of the twentieth century's most luminous and strange American writers -- Jonathan Lethem Her books penetrate keenly to the terrible truths which sometimes hide behind comfortable fictions, to the treachery beneath cheery neighborhood faces and the plain manners of country folk' -- Donna Tartt

'She is the finest master...of the cryptic, haunted tale' The New York Times Book Review

'A novel which at one stroke puts her unquestionably among the great masters of the genre ... as spine-chilling ... as anything Edgar Allan Poe dreamed up.' -- Peter Green Daily Telegraph 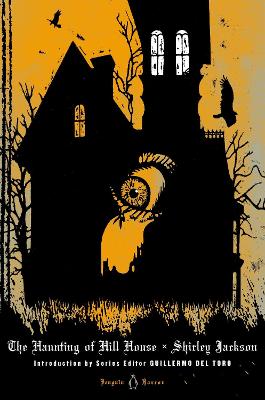 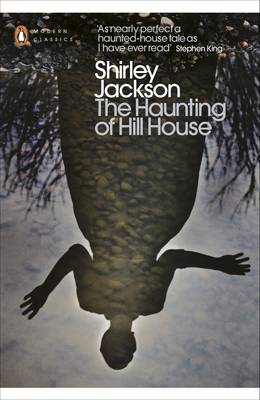 Shirley Jackson was born in an affluent suburb in California in 1916. At university in Syracuse, she met her husband, the future literary critic Stanley Edgar Hyman, with whom she had four children. In 1948 she published her iconic short story 'The Lottery' in The New Yorker, sparking furious letters from readers to the magazine. Her novels - most of which involve elements of horror and the occult - include The Road through the Wall, Hangsaman, The Bird's Nest, The Sundial, We Have Always Lived in the Castle and The Haunting of Hill House. Shirley Jackson died in her sleep in 1965 at ...

View All Books By Shirley Jackson