A most unexpected, if gripping thriller from the author of the much-admired LAST POLICEMAN trilogy. The book takes place in an America where the Civil War came to a different conclusion and agreements were fudged to divide the country into two zones, in one of which slavery is still tolerated, while in the North a compromised state of affairs reigns in which a black slave catcher becomes the involuntary hero of the proceedings where he has to smuggle himself behind southern lines to investigate a fiendish plot which could well involve his employers and the so-called liberal North. Intricate, at times breath-stopping, this is a hell of a thriller and one which although set in a dystopian imagined world remains so believable. Will Victor prevail or is he being manipulated and what secrets are kept behind the borderline and the omnous plantations and factories? Answers are provided and they are anything but reassuring. A thriller that dares to ask questions. ~ Maxim Jakubowski

The premise is that four southern states in America did not abolish slavery and formed a republic within the USA. Tightly controlled borders exist and escaped slaves are ruthlessly hunted down. Our protagonist is an escaped slave who tracks down his own in exchange for his “liberty”. He is very good at what he does and goes under many different names. This exciting story centres on a hunt to find Jackdaw, only our hero realises something is slightly off kilter. A relationship develops between him and a white girl with a mixed-race son and so some nice ambiguities are introduced. There is some heavy secret hanging over our hero and as the tale progresses we are never sure if he is good or not. A lot of deal making and double crossing occurs between a group helping slaves, “the underground airlines”, and the marshals, leaving us uncertain as to whom the goodies and baddies are. Then there is an extra twist. Brilliant. A good story on all levels. ~ Sarah Broadhurst

The most timely of alternate history novels. Ben Winters has created a spellbinding world that forces the reader to look around-and to look within. This is a thriller not to be missed and one that will not be easily forgotten. (Hugh Howey). It is the present-day, and the world is as we know it. Except for one thing: slavery still exists. Victor has escaped his life as a slave, but his freedom came at a high price. Striking a bargain with the government, he has to live his life working as a bounty hunter. And he is the best they've ever trained. A mystery to himself, Victor tries to suppress his memories of his own childhood and convinces himself that he is just a good man doing bad work, unwilling to give up the freedom he is desperate to preserve. But in tracking his latest target, he can sense that that something isn't quite right. For this fugitive is a runaway holding something extraordinary. Something that could change the state of the country forever. And in his pursuit, Victor discovers secrets at the core of his country's arrangement with the system that imprisoned him, secrets that will be preserved at any cost. It is a rare thing when a writer has a fresh new provocative idea - and then executes it beautifully. This is what Ben H. Winters has done in his novel Underground Airlines. Imagine an America in which slavery still exists. Now imagine a dramatic telling of the story. (James Patterson).

'A rich noir in a terrifingly convincing alternate America. It's both beautiful and brutal.' The Handmaid's Tale for Black Lives Matter. Lauren Beukes

'A top-flight thriller that's as emotionally searing and tragically plausible as anything in contemporary fiction.' Lev Grossman, author of The Magicians

'Underground Airlines is bold, brilliant, and beautiful -- everything you could want from a novel, Ben Winters delivers ten-fold. He's a writer to watch, one of exceptional vision and imagination whose characters draw the reader in to the point that an alternate history seems not only plausible, but the only one that counts until the final page.' Michael Koryta, New York Times bestselling author of Those Who Wish Me Dead 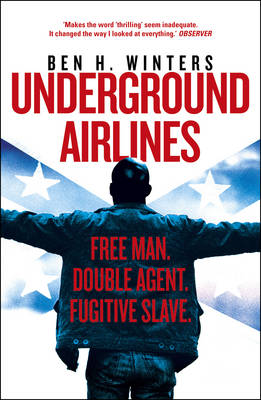 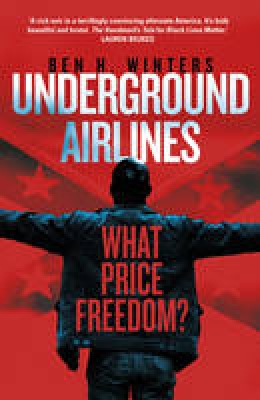 Ben H. Winters is the author of six novels, including The Last Policeman, which won the 2013 Edgar Award for best paperback original, and its sequel, Countdown City. He lives in Indianapolis, Indiana, with his wife and their three children.   Author photo © Mallory Talty