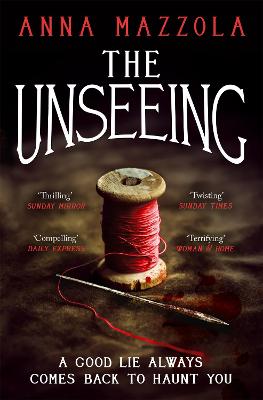 LoveReading Expert Review of The Unseeing

A detailed, intriguing and highly enjoyable debut historical thriller. James Greenacre is accused of murdering his bride and his mistress, Sarah Gale, is convicted of aiding him in disposing of her body. Public opinion flares up against Sarah and the Home Secretary gets a young lawyer, Edward Fleetwood, to investigate the police evidence. May there have been something amiss? Certainly the facts are puzzling. Sarah's incarceration in Newgate Jail, we are in 1837, is particularly vicious and vividly described. Our young lawyer has a deadline to deliver his evidence and a conscience to battle with. This builds to a terrific and unexpected conclusion. I was totally hooked in the last unputdownable 160 pages. Good stuff.

'With this intricately woven tale of trust, self-trust and deceit, Anna Mazzola brings a gritty realism to Victorian London. Beautifully written and cleverly plotted, this is a stunning debut, ranked amongst the best' MANDA SCOTT After Sarah petitions for mercy, Edmund Fleetwood is appointed to investigate and consider whether justice has been done. Idealistic, but struggling with his own demons, Edmund is determined to seek out the truth. Yet Sarah refuses to help him, neither lying nor adding anything to the evidence gathered in court. Edmund knows she's hiding something, but needs to discover just why she's maintaining her silence. For how can it be that someone would willingly go to their own death?

What To Read After The Unseeing 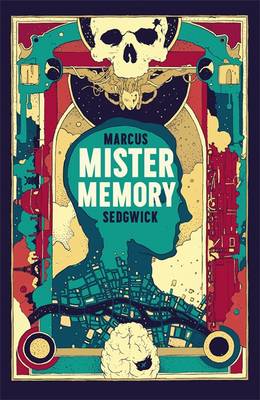 'With this intricately woven tale of trust, self-trust and deceit, Anna Mazzola brings a gritty realism to Victorian London. Beautifully written and cleverly plotted, this is a stunning debut, ranked amongst the best' -- Manda Scott

The Unseeing is deft, dark and delicious. Anna Mazzola writes brilliantly about Victorian London, a fascinating crime and an intriguing heroine -- Janet Ellis, author of THE BUTCHER'S HOOK

Anna Mazzola is a criminal justice solicitor, based in London. Whilst The Unseeing is her debut, it has won awards including the Brixton Bookjam Debut Novel competition and she came runner up in the 2014 Grazia First Chapter competition judged by Sarah Waters.   Author photo © Lou Abercrombie

View All Books By Anna Mazzola