Don't Get Me Wrong

LoveReading Expert Review of Don't Get Me Wrong

A fascinating tale with a big heart that pulls you back and forth from 2015 to 2006. It is told mostly through the voices of rich banker Harry and a free spirited, lovable creature Eva. We are given a turbulent romance until tragedy strikes. Picking up with Eva’s pessimistic, insecure sister we follow a very different story to another dramatic tragedy. Full of incident, misunderstanding, pain and eventually reconciliation, this is a lovely London-based tale with characters you really care for. ~ Sarah Broadhurst

A ‘Piece of Passion’ from the publisher…

Marianne Kavanagh, who delighted readers everywhere with her debut novel For Once in My Life, has returned to London in Don’t Get Me Wrong, a gorgeous and poignant romantic drama in which two unlikely characters are brought into each other’s orbit and sparks fly.

Kim is a fiery, feisty young woman working in housing for local government. Kim has known Harry, her sister Eva’s best friend, for most of her life – not that this improves her opinion of him! For Kim, Harry represents all that is wrong in the world: he’s a banker in the City, to start with, and possesses about as much compassion as his three-piece suit. Kim’s never understood what Eva sees in Harry – and when Eva falls pregnant, and everyone assumes Harry is the father, it all becomes too much for Kim and she vows to banish Harry from her life.

But things aren’t always as they seem. In Don’t Get Me Wrong, Marianne Kavanagh offers extraordinary insight into Harry’s world, and offers us a very different picture. And when tragedy throws Harry back into Kim’s life, she has to make some big decisions, as well as re-examine her long-held prejudices, about Harry and everything he represents. The result is hilarious, and deeply moving.

Don't Get Me Wrong Synopsis

Londoners Kim and Harry can’t see eye to eye…until the life of the person they both love most hangs in the balance.

Kim has never grasped what her free-spirited big sister Eva sees in a stuck-up banker like Harry and has spent her childhood trying to keep him out, while Harry’s favourite occupation is winding Kim up.

Both Harry and Kim are too trapped in their prejudices to care about what’s really going on beneath the surface of each other’s lives. They’ll never understand each other—until the worst of all tragedy strikes.

Faced with the possibility of losing the person they both love most, long-buried secrets come to a head in ways that will change both Harry and Kim forever.

What To Read After Don't Get Me Wrong 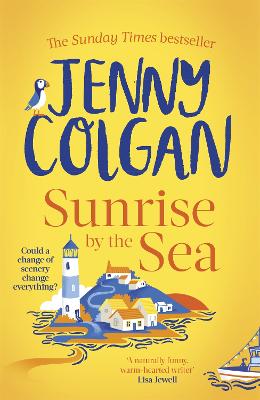 Marianne Kavanagh is a former deputy editor of Marie Claire and has contributed to a wide variety of newspapers, magazines, and websites, including the Telegraph, Daily Mail, Guardian, My Daily, Easy Living and Red. Her debut novel, For Once in My Life, was published in 2014. She lives in London.   Author photo © Marzena Pogorzaly

View All Books By Marianne Kavanagh