Why did Guy Burgess, 1st class Cambridge scholar and apparently one of the most British of characters, agree to work for a foreign power, of which he knew very little, as a student and continue to serve them as one of the Cambridge Spies for some thirty years before disappearing permanently to the Soviet Union as the net closed in?

So accessible and at times reading like a who's who from 1920 to 1950, Andew Lownie’s biography of Guy Burgess draws on incredibly extensive interviews with more than a hundred people who knew Burgess personally and the discovery of hitherto secret files, to bring to life the many lives of one of Britain’s most notorious, fascinating, charming and and yet ruthless traitors.

Whether you detest the idea of someone so intelligent, gifted and privileged undermining his own country in the wholesale way he did, or not, the book deserves to be read so people can see beyond the vilified stereotype and understand the effect that social, political and intellectual upheaval can have on an impressionable young man, with no moral compass and a deep-seated desire to be someone and to shape events.

A message from the Author...

I’ve been fascinated by the Cambridge  Spy Ring since  Andrew Boyle’s The Climate of Treason  led to the exposure of Anthony Blunt in 1979. Why had these members of the Establishment betrayed everything to which they apparently subscribed?  What did they betray and how did they get away with it? The most enigmatic, complex and , I discovered,  the most important was Guy Burgess who  is a gift for a biographer. I hope I have conveyed the paradoxes of Stalin’s Englishman and you  enjoy the book as much as I’ve enjoyed researching and writing it.

Like for Like Reading
A Spy Among Friends: Philby and the Great Betrayal, Ben Macintyre
Deception: Spies, Lies and How Russia Dupes the West, Edward Lucas

Guy Burgess was the most important, complex and fascinating of 'The Cambridge Spies' - Maclean, Philby, Blunt - all brilliant young men recruited in the 1930s to betray their country to the Soviet Union. An engaging and charming companion to many, an unappealing, utterly ruthless manipulator to others, Burgess rose through academia, the BBC, the Foreign Office, MI5 and MI6, gaining access to thousands of highly sensitive secret documents which he passed to his Russian handlers. In this first full biography, Andrew Lownie shows us how even Burgess's chaotic personal life of drunken philandering did nothing to stop his penetration and betrayal of the British Intelligence Service. Even when he was under suspicion, the fabled charm which had enabled many close personal relationships with influential Establishment figures (including Winston Churchill) prevented his exposure as a spy for many years.

What To Read After Stalin's Englishman The Lives of Guy Burgess 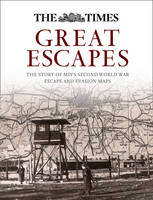 'The most comprehensive, readable and faultlessly researched account of one of Britain's most notorious (but colorful) traitors. Now we know just about all there is to know about this wretched man who betrayed friends, family, country... the lot!'
Nigel West, author of The Secret War For The Falklands

Andrew Lownie was educated at Magdalene College, Cambridge, where he was Dunster History Prizeman and President of the Union, before taking his Masters and doctorate at Edinburgh University. A Fellow of the Royal Historical Society and former visiting fellow of Churchill College, Cambridge, he has run his own literary agency since 1988. A trustee of the Campaign for Freedom of Information and President of The Biographers' Club, he has written for The Times, Telegraph, Wall Street Journal, Spectator and Guardian. His previous biographies include lives of the writer John Buchan and the prize-winning Stalin's Englishman on the Cambridge spy Guy Burgess. &...