Darkwar Book 2, his new series of The History of Mid Kemian – a must for his fans.

What To Read After Into a Dark Realm : Darkwar Book 2 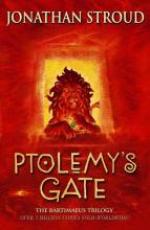