Part of the Phoenix series Series

A world where a devastating series of manmade and natural disasters have destroyed civilisations, leaving communities walled in and fearful, and the seas choked with mankind’s accumulated junk – plywood, shopping-carts and cheap tin trays. That’s the setting for Bryony Pearce’s rousing junk-punk pirate adventure which will surely fill readers with the urge to go down to the sea again! Central character Toby has grown up on the Phoenix, a cargo-ship turned pirate vessel trawling the polluted seas for whatever can be salvaged. Despite the harsh conditions, there’s a camaraderie to life on board and a romance to their way of life that is hugely appealing. Add to that a deadly rivalry with fellow pirate ship the Banshee, and possible real romance with Alya, the daughter of its captain, and it makes for a truly thrilling adventure! ~ Andrea Reece

Sail. Salvage. Survive. Toby's father is a wanted man. For as long as Toby can remember, they've been on the run. The Phoenix has become their home, their backyard the junk-filled seas surrounding it. The crew of the Banshee lives for hunting down the Phoenix and now they're closing in. Ayla has spent her whole life fighting - preparing for the moment when the Banshee will face its ultimate enemy. But Toby doesn't want to run any more and Ayla is his only hope. Can he turn an old feud into a new alliance? The future is in their hands. Perfect for fans of Veronica Roth, Anthony Horowitz, Philip Reeve and Suzanne Collins.

'I loved it! The age of the junk-punk has arrived!' Sarwat Chadda, author of the Ash Mystery Chronicles

'Thrilling, fast-paced and original.' Emma Pass, author of The Fearless

Bryony Pearce was born in 1976 and has two young children. She completed an English Literature degree at Corpus Christi College Cambridge in 1998 and was a winner of the SCBWI anthology 'Undiscovered Voices' in 2008. More information about Bryony can be found on her website www.bryonypearce.co.uk. 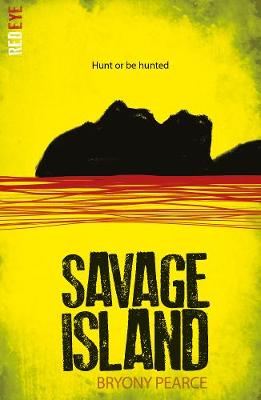 View All Books By Bryony Pearce