Follow the latitude line from Malachy Tallack's home on Shetland and you voyage to Greenland, Canada, Siberia and Scandinavia before coming home, a wiser and more grounded person. We learn more of his troubled background as he travels West, troubles that include the very notion of the idea of home and surviving in often marginalised and alienating environments. You need to be strong and self-reliant to survive in such lands, some like Siberian political prisoners had no choice others have been drawn to live in these lands. This journey reveals how landscape shapes us – has shaped Malachy Tallack, that national boundaries are just sketch marks on a deeper more meaningful division of land and sea.

The Magnetic North: Travels in the Arctic, Sara Wheeler

Sixty Degrees North Around the World in Search of Home Synopsis

The sixtieth parallel marks a borderland between the northern and southern worlds. Wrapping itself around the lower reaches of Finland, Sweden and Norway, it crosses the tip of Greenland and the southern coast of Alaska, and slices the great expanses of Russia and Canada in half. The parallel also passes through Shetland, where Malachy Tallack has spent most of his life.In Sixty Degrees North, Tallack travels westward, exploring the landscapes of the parallel and the ways that people have interacted with those landscapes, highlighting themes of wildness and community, isolation and engagement, exile and memory.Sixty Degrees North is an intimate book, one that begins with the author's loss of his father and his own troubled relationship with Shetland, and concludes with an acceptance of loss and an embrace - ultimately a love - of the place he calls home.

'It is a brave book ... and a beautiful book'
Robert Macfarlane

'Malachy Tallack is the real deal, a writer given over to pure curiosity, honest witness and that most precious of gifts, an unselfconscious sense of wonder ... not just a vibrant new voice, but a wise, questioning and highly sophisticated talent
John Burnside

More About Malachy Tallack
Add To Wishlist
Buy from our bookstore and 25% of the cover price will be given to a school of your choice to buy more books.

Married to Bhutan : How One Woman Got Lost, Said I Do, and Found Bliss 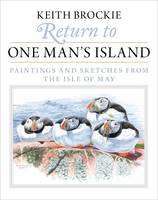 Tales from the Queen of the Desert