LoveReading Expert Review of The Flood

This is not a Rebus detective story, in fact it is Rankin’s first novel so fascinating for his fans to see how he has developed.  It’s a strange book of relationships, local feuds, suspicion and the search for happiness, many themes he has developed over the years.  He introduces it himself. This title is also available as an Audio book in CD or Audio Cassette format.

Mary Miller had always been an outcast. As a young girl she had fallen into the hot burn - a torrent of warm chemical run-off from the local coal mine. Fished out white-haired and half-dead, sympathy for her quickly faded when the young man who pushed her in died in a mining accident just two days later. From then on she was regarded with a mixture of suspicion and fascination by her God-fearing community.

Now, years later she is hardly less alone. She is the mother of a bastard son, Sandy, and caught up in a faltering affair with a local teacher. Sandy, meanwhile, has fallen in love with a strange homeless girl. The search for happiness isn't easy. Both mother and son must face a dark secret from their past, in the growing knowledge that their small dramas are being played out against a much larger canvas, glimpsed only in symbols and flickering images - of decay and regrowth, of fire and water - of the flood.

The Flood is both a coming-of-age novel and an amazing portrait of a time and place. Dark, atmospheric and powerful, it is a remarkable debut from a remarkable author. 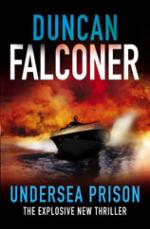 'A must for lovers of Rankin'
GOOD BOOK GUIDE

'Full of secrets and revelations, with an atmospheric sense of time and place, it has Rankin's signature darkness' 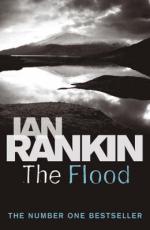