This is Where I Leave You

LoveReading View on This is Where I Leave You

Tropper’s comic novel about American life has now been made into a film starring Jason Bateman, Tina Fey and Jane Fonda. It is a delightful rom-com as four very different, slightly estranged siblings are forced back into the family home when their father dies. Judd, our hero, has just caught his wife cheating on him and finds – rather hilariously for the reader – that his status as grieving soon-to-be divorcee doesn’t discourage any and every one from trying to find him a new wife. A wry, clever and genuinely funny look at family life and the ups and downs of living (and dying).

The film version of This is Where I Leave You is released in UK cinemas on Friday 24 October 2014. Click below to view the trailer.

This is Where I Leave You Synopsis

Poor Judd Foxman returns home early to find his wife in bed with his boss - in the act. He now faces the twin threats of both divorce and unemployment.

His misery is compounded further with the sudden death of his father. He is then asked to come and 'sit Shiva' for his newly deceased parent with his angry, screwed-up and somewhat estranged brothers and sisters in his childhood home. It is there he must confront who he really is and - more importantly - who he can become. Funny, moving, powerful and poignant, THIS IS WHERE I LEAVE YOU is the fabulous follow-up to HOW TO TALK TO A WIDOWER and Jonathan Tropper at his best. 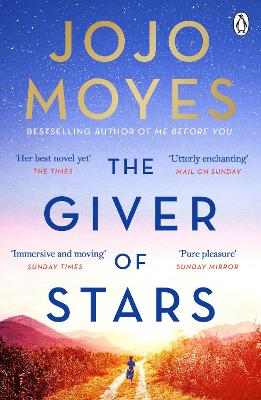 Jonathan Tropper was born and raised in Riverdale, New York. He attended the creative writing program at New York University Graduate School of Arts and Science, where he received a Masters degree. His novels have been translated into more than ten languages. He lives with his wife and children in Westchester, New York, and teaches writing at Manhattanville College.   Author photo © Greg Yaitanes

View All Books By Jonathan Tropper