Terrific . (Daily Mail). Tremendous . (Guardian). Page-turning . (The Times). Gripping . (Daily Telegraph). Autumn 1939. In an alternative world, where Edward VIII still sits on the throne, storm clouds gather over Europe, German troops amass and a 'King's Party' of fascist peace campaigners is stealthily undermining the war effort. For Cynthia Kirkpatrick, the war brings a new-found freedom - lunchtime drinks at the Ritz, rented attic rooms, late-night rackety parties and intriguing new acquaintances. But two new friends loom larger than others, her glamorous colleague Anthea and Tyler, an enigmatic American working at the Embassy. Initially Cynthia is dazzled by them both but soon discovers they have secrets which could prove dangerous, both to her and the country at large.

What To Read After The Windsor Faction 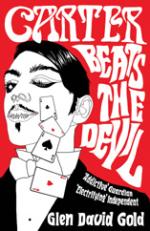 With its meticulous period detail and its dissection of the English class system at work, this new novel from the author of the highly accomplished Derby Day proves that good historical fiction does not have to take place in a past that actually happened -- Nick Rennison Sunday Times

Offers a chilling alternative view of the direction the Second World War might have taken had the man who later became the Duke of Windsor...remained on the British throne -- Mark Nicholls UK Regional Press

D.J. Taylor was born in Norwich in 1960. He is a novelist, critic and acclaimed biographer, whose Orwell: The Life won the Whitbread Biography prize in 2003. His most recent books are Kept: A Victorian Mystery (a Publishers Weekly Book of the Year), Bright Young People: The Rise and Fall of a Generation 1918-1940, and the novels Ask Alice and At the Chime of a City Clock.