A powerful story exploring the confusing and challenging choices that teenagers may have to make. Fourteen year old Rafi is a selective mute. She hasn’t spoken for years. But it is not that she hasn’t got anything to say or that she doesn’t know anything. Rafi is a sharp observer of those around her and a very good listener. When Josie needs someone to turn to after being the victim of online bullying, Rafi is the perfect choice.  But Josie and Rafi also need to protect Silas as he get dangerously out of his depth in a protest group and the violence it is willing to cause.

Rafi hasn't spoken for eight years. It's up to her to tell her brother's story now that he can't speak either ...Rafi idolises her seventeen-year-old brother, who is popular, generous and a borderline genius. Ever protective, Silas always includes her when he's with his friends, so Rafi gets to hear all sorts of things that younger sisters wouldn't normally be a part of. Like the time Silas hacks a gaming site to help out his friend Josie, who has been trashed by her ex. With Josie, Rafi finds herself with a proper friend for the first time in her life. As they grow closer, she realises that she wants to find a way back into the world - she wants to learn to speak again. But Silas has found a new interest too - and it's taking him away from everything that was once important to him. Can Rafi find the words to save her brother?

Why Elective/Selective Mutism Laura?  I’ve known a few kids with the condition. The first time I came across someone with it, the professionals were calling it elective mutism as it was believed children chose whether to be mute or not. Fifteen years later and the condition is often known as selective mutism because now the professionals think the children in most cases want to talk but actually can’t. It’s an interesting shift in opinion.
I didn’t write about Rafi’s mutism to highlight an issue though. She just came into my head as a character complete and fully formed…and mute. So the whole thing came from Rafi herself. She was part of this very gifted family, and she was the one who didn’t fit. Part of that was that she didn’t talk. Seriously, the idea for her arrived just like that, all at once. I guess it helps that I’ve had some contact with the condition as I knew what it was in the first instance and where to get information on it. Most of the people I’ve known who had it were over it by the time I came across them but I did know a couple who still weren’t talking again by their late teens.
It’s actually incredibly hard to write in the head of a character who doesn’t speak. The number of times I nearly had her talk accidentally in the first few pages of the earliest draft! We’re just so used to people talking that it’s second nature to have our characters do that…which really gets you thinking about how frustrating it must be to want to speak and not to be able to.

Laura's second novel, By Any Other Name, was nominated for the Carnegie Medal.

What To Read After Louder Than Words 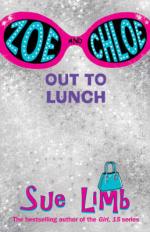 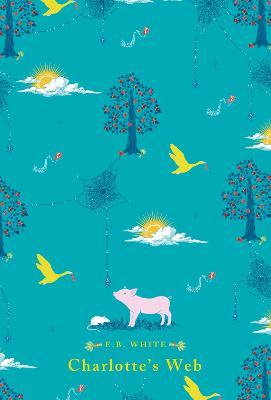 Laura Jarratt was born in Salford and has lived all over the UK. Although her favourite subject was English, she accidentally studied Science at university. She finally settled in rural Cheshire, where she is owned by a ginger cat with no tail. By day, she works in education because it's never boring and by night, she writes for young adults because they're the most interesting people in the world.

View All Books By Laura Jarratt