Surrounded by evil, how long can one man's good intentions last? February 1941, Berlin: A murderer is on a killing spree. The Murder Squad is in the midst of the biggest manhunt the city has ever seen. Georg Heuser is the idealistic, brilliant young detective set to crack the case. July 1959, West Germany: Lawyers Max Kraus and Paula Siebert are investigating war crimes of unimaginable magnitude committed near the Russian Front, the empire the Nazis called Ostland. The man accused is called Georg Heuser. Assured of his guilt, Paula and Max have only one question left: What has happened to make this good man become a monster?

'With subtlety and intelligence, Thomas joins the historical dots to produce a novel with plenty to say - eloquently - about the brutalising effects of the Holocaust'
Guardian

'A thought provoking account of an ordinary person's capacity to do evil ... a fascinating important book
Literary Review

'Very rarely do books reach into your psyche and take root. Ostland came along and kicked my door down. A wonderfully thought-provoking novel. Educational, entertaining and emotive throughout ... a first class read by an author at the top of their game
Crimesquad

'To simply label Ostland as a crime thriller would not only do a great disservice to the sheer power and scope of this novel ... This is without doubt one of the most affecting novels that I have read ... not just a book that deserves to be read, but a book that also needs to be read
Ravencrimereads

David Thomas is a journalist and writer, who also writes thrillers under the name Tom Cain. Ostland is his second book written under his own name. 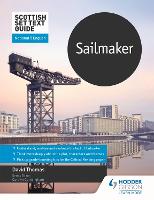 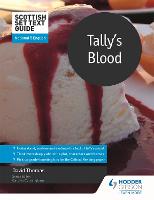