LoveReading View on The Last Witchfinder

A big, rollicking historical novel of high adventure peopled with real characters and events alongside imaginary ones.  Spanning some 80 years of our heroine Jennet's life from an England full of superstitions but on the cusp of the Age of Reason to the new world equally full of superstitions.  This is science versus witchcraft with Indians, the Salem witch trials, pirates, Benjamin Franklin and Isaac Newton all thrown in to whisk you along a thrilling path.  Now there is a strangeness to this path, and that is the narrator.  Initially intriguing, for he is a book, the novelty soon wears off and, although he speaks directly to the reader and raises some interesting points, his point in the tale, in my opinion, becomes pointless.  I found myself skipping his (its) asides so eager was I to continue with the adventure.

Jennet is the daughter of the Witchfinder of Mercia and East Anglia. Whilst her father roams the countryside with her brother Dunstan in search of heretics, Jennet is left behind to be schooled by her aunt Isobel in the New Philosophy principally expounded by Isaac Newton. But her aunt's style of scientific enquiry soon attracts the attention of the witchfinders. To save her aunt, Jennet travels to Cambridge to seek the help of Newton himself. On the way she meets Dr Barnaby Cavendish and his 'Museum of Wondrous Prodigies' including the Bird-Child of Bath, The Lyme Bay Fish Boy and the Sussex Rat Baby. What they haven't bargained on is being hoodwinked by Newton's great rival Robert Hooke. Isobel is burned at the stake but in her dying moments, begs Jennet to devote her life to overturning the Parliamentary Witchcraft Act.This is a huge rollercoaster of a novel as Jennet travels to America and witnesses the Salem witch trials; is abducted by Indians; begins an affair with Benjamin Franklin; travels back to England and finally meets the real Newton; is shipwrecked; then ends up back in America where her brother is now the Witchfinder Royal. In a great final showdown between old superstition and new science, Jennet decides to have herself accused of witchcraft in order to disprove its existence. 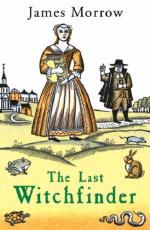 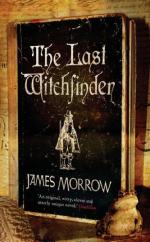 James Morrow was born in 1947. He has lectured and taught and worked in the fields of magazine publishing and television, as well as writing for children.