Under a Silent Moon

Under a Silent Moon Synopsis

In the crisp, early morning hours, the police are called to a suspected murder at a farm outside a small English village. A beautiful young woman has been found dead, blood all over the cottage she lives in. At the same time, police respond to a reported female suicide, where a car has fallen into a local quarry. As DCI Louisa Smith and her team gather the evidence, they discover a link between these two women, a link which has sealed their dreadful fate one cold night, under a silent moon.

Under a Silent Moon Press Reviews

'Intense, gripping ... utterly unputdownable S. J. Watson Haynes does a great job in ratcheting up the suspense ... and there are many lip-biting moments' Daily Mail

'As Haynes herself is a police intelligence analyst she is well placed to add authenticity to her skills of storytelling. Unputdownable' Red Magazine

Elizabeth Haynes is a police intelligence analyst. She lives in a village near Maidstone, Kent, with her husband and son. Her first book, Into the Darkest Corner, was Amazons Best Book of 2011 and winner of Rising Stars 2011. It was longlisted for the CWA John Creasey (New Blood) Debut Dagger and has been translated into multiple languages. The film is being produced by Revolution Films, with BAFTA winner Tinge Krishnan directing. Her second novel, Revenge of the Tide, will be published by Myriad in March 2012.   Author photo © Ryan and Jo Photography 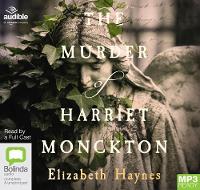 View All Books By Elizabeth Haynes