In her recent and rightly praised Life After Life, Kate Atkinson revisited the eternal theme of 'what would you do if you could live again?'. Not a new idea and one much exploited by fantasy and SF writers, but this new variation on the genre by the pseudonymous Claire North notches up matters to the nth degree. Harry August is part of an elite group of people, The Cronus Club, who can live again and again beyond death itself, although they are not allowed to change the past. When he encounters evidence that someone is doing so and is endangering the world's future, he encounters his nemesis and their battle continues over fifteen lives. Imaginative and dazzling, this spans the world and the centuries and never flags, while constantly defying the reader's expectations. Science fiction for people who don't like the customary trappings of SF: if this doesn't convert you, nothing will. Just read it!

This is an extremely complex plot expressing an even more complicated idea, and it is wonderful.  Not time travel; not quite reincarnation; not a ‘Ground Hog Day’ repeating loop.  A little bit of all of these.  Harry August lives many lives and remembers each one but they are all the same one over and over.  If you think that is complicated take a look at the rest of it.  It is one of those stories where I hesitate to tell anything in case of spoiling it.  It is a thriller across many life times.  I could not put it down.  It really is a rare gem, a totally enthralling read and a startling original idea.  I loved it.

Harry August is on his deathbed. Again. No matter what he does or the decisions he makes, when death comes, Harry always returns to where he began, a child with all the knowledge of a life he has already lived a dozen times before. Nothing ever changes. Until now. As Harry nears the end of his eleventh life, a little girl appears at his bedside. 'I nearly missed you, Doctor August,' she says. 'I need to send a message.' This is the story of what Harry does next, and what he did before, and how he tries to save a past he cannot change and a future he cannot allow.

What To Read After The First Fifteen Lives of Harry August 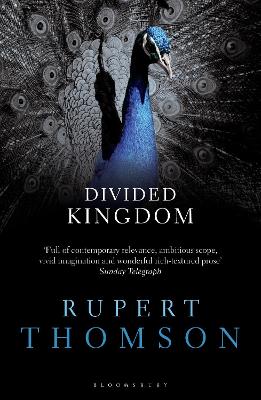 A thoughtful and considered time-travel novel, shocking twists and, most important of all, a beautiful character. Harry August will break your heart fifteen times  - Jared Shurin, Pornokitsch Blog

This wonderful novel, narrated by Harry, ranges back and forth in time as he recounts episodes from his various lives, but it's all held together by a compelling mystery involving nothing less than the end of the world itself ... Beautifully written and structured, the book should be a big hit ... Fans of SF and fantasy authors China Mieville, Christopher Priest, and Adam Roberts might note a stylistic similarity, especially in the novel's elegant prose. Whoever Claire North turns out to be, he or she has written a remarkable book -  BOOKLIST