Shortlisted for the Waterstone's Children's Book Prize Best Fiction for Teens Award 2015   A touching and beautifully observed story about friendship and overcoming family difficulties. An unlikely friendship between A-grade student and violent bully Dane Washington and Billy D, a new and younger kid on the block who has Down’s syndrome, turns out to be vital for both of them. Dane is able to show the better side of himself through his care of Billy D. and Billy D has a special job – finding his father – that he needs Dane to help him with. The two boys set off on a road trip in search of one father that leads both to a better understanding of both of their relationships with their fathers – and of taking personal responsibility.

A riddle rarely makes sense the first time you hear it. The connection between Dane and Billy D doesn't make sense any time you hear it. But it's a collection of riddles that brings these two unlikely friends together. Dane Washington lives by two rules: don't hit girls and don't hit special kids. Billy D has Down syndrome and thinks a fierce boy who won't hit him could come in useful. Billy D has a puzzle to solve, after all, and he has the perfect plan to make Dane help him. Billy is sure the riddles in his atlas are really clues left by his missing dad. Together, Billy and Dane must embark on an epic road trip, although most of the clues lead to dead ends. What Dane doesn't realize is that Billy D isn't as innocent as he seems and the biggest secret is hidden close to home...

What To Read After Dead Ends 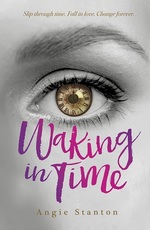 A small number of our reader review panel members were lucky enough to be invited to review this title.

‘I love it. it reminds me of John Green's A Fault in our Starsand RJ Palacio'sWonder.’ Jo, Victoria Park Books

Erin Lange writes facts by day and fiction by night. As a TV producer, she is inspired by real-world issues. She grew up in the cornfields of northern Illinois, along the Mississippi River, but now lives in the sunshine of Arizona. Her debut novel, Butter, was published to enormous critical acclaim. Dead Ends is her second novel.