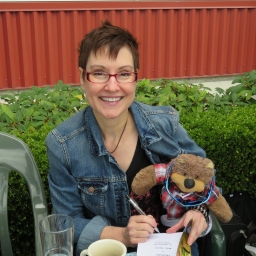 Mitzi Szereto is an author and anthology editor of multi-genre fiction and non-fiction encompassing true crime and crime fiction, gothic fiction, cosy mystery, satire, parody, horror, sci-fi/fantasy, erotic fiction, and general fiction titles. Her books include The Best New True Crime Stories: Serial Killers, Florida Gothic, Ladies of Gothic Horror, Pride and Prejudice: Hidden Lusts and Getting Even: Revenge Stories. She has appeared at major international literature festivals and taught creative writing around the world, including several universities in the United Kingdom. She has the added distinction of having the first anthology of erotica to include a Fellow of the Royal Society of Literature. Mitzi is the creator and presenter of the London-based web TV channel Mitzi TV, and also plays herself in the pseudo-documentary British film Lint: The Movie. Her blog of personal essays can be found at Errant Ramblings: Mitzi Szereto’s Weblog.

Ladies of Gothic Horror (A Collection of Classic Stories)