Holly Bourne is the author of Am I Normal Yet?, How Hard Can Love Be?, What’s a Girl Gotta Do?, The Manifesto on How to be Interesting and Soulmates. She graduated with a first class degree in Journalism Studies at University of Sheffield and spent two years working as a local news reporter on the Surrey Mirror, garnering a nomination for Print Journalist of the Year in 2010. During her time there, Holly uncovered many national and international stories that received huge press coverage. She was nominated for Print Journalist of the Year – but found she didn’t have the stomach for the job.

Her first two books, Soulmates and The Manifesto on How to be Interesting, have been critically acclaimed and translated into six languages. Am I Normal Yet? has been chosen as a World Book Night book for 2016, and shortlisted for The Bookseller YA Book Prize.

Her own experiences of blatant sexism, drove her to write Am I Normal Yet? - the first book in the critically acclaimed Normal series about three girls who start their own grassroots feminist campaign group. The trilogy has inspired young girls to start their own groups all over the UK and Holly tours schools and festivals to talk to young people about gender equality. To mark the release of What’s a Girl Gotta Do? – the last book in the trilogy – Holly launched the #IamaFeminist social media campaign which trended worldwide. She lives in Lewes.

She worked as a journalist for TheSite.org an advice and information website for 16-25 year olds, click here to read a Q&A with Holly.

The Places I've Cried in Public

Are We All Lemmings and Snowflakes?

It Only Happens in the Movies 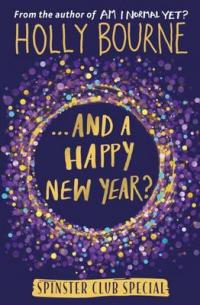 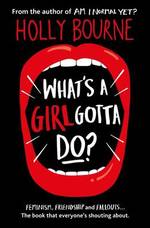 What's a Girl Gotta Do?

How Hard Can Love be?

Am I Normal Yet?

The Manifesto on How to be Interesting