Jenny Uglow grew up in Cumbria, and then Dorset. After leaving Oxford, she worked in publishing and is now an Editorial Director of Chatto and Windus, part of Random House. She reviews for radio and for the Times Literary Supplement, Sunday Times and the Guardian, and acts as historical consultant on several BBC 'classic serials', including Wives and Daughters, The Way We Live Now, Daniel Deronda, and the forthcoming Trollope adaptation He Knew He Was Right. Jenny is a Fellow of the Royal Society of Literature, was on the Advisory Group for the Humanities of the British Library, and is Vice-President of the Gaskell Society and an Honorary Visiting Professor at the University of Warwick.

Her own books include The Macmillan Dictionary of Women, now preparing its fourth edition; studies of George Eliot and Henry Fielding and the biographies Elizabeth Gaskell: A Habit of Stories (1992) and Hogarth: A Life and a World (1997), both shortlisted for the Whitbread Prize, and Cultural Babbage: Time, Technology and Invention, co-edited with Francis Spufford. Her book The Lunar Men: The Friends Who Made the Future (2002), told the story of the colourful Lunar Society of Birmingham, including Matthew Boulton and James Watt, Josiah Wedgwood, Joseph Priestley and Erasmus Darwin - grandfather of Charles. Nature's Engraver: A Life of Thomas Bewick was published in October 2006.

Jenny is married to Steve Uglow, Professor of Criminal Justice at the University of Kent: they have four children and live in Canterbury, Kent. 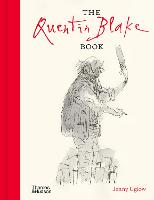 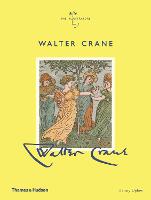 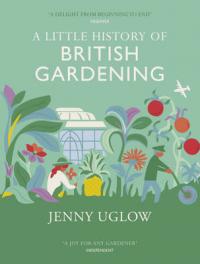 A Little History of British Gardening