Modern Russia under Putin. Our hero, Nate, is a young CIA agent and the contact for a senior Russian army officer who has, for many years, been giving secrets to the US. The Russians know there is a traitor but as yet have not identified him, and then there is a girl … This is double agent, double dealing stuff with a different slant as the motives unfold in a very personal and emotional way. It is particularly interesting on the Cold War that continues in modern Russia. An excellent spy story.

A Russian honey trap agent targets a young CIA operative to uncover a senior-ranking mole at the heart of the Russian Intelligence service. Dominika Egorov, former prima ballerina, is sucked into the heart of Putin's Russia, the country she loved, and spat out as the twists and turns of betrayal and counter-betrayal unravel. American Nate Nash, idealistic and ambitious, handles the double agent, codenamed MARBLE, considered one of CIA's biggest assets. He needs to keep his identity secret for as long as the mole can keep supplying golden information. Will Dominika be able to unmask MARBLE, or will the mission see her faith destroyed in the country she has always passionately defended? 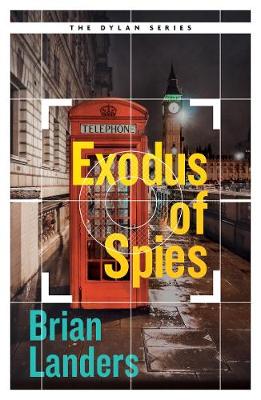