Where Did I Go Right? How the Left Lost Me

LoveReading Expert Review of Where Did I Go Right? How the Left Lost Me

Funny, thought-provoking account of how a working-class lad raised on a council estate wound up voting Tory

Comedian Geoff Norcott’s Where Did I Go Right? How the Left Lost Me is an honest, amusing and thought-provoking account of how a working-class lad raised on a council estate by a unionised father and matriarchal mother ended up voting (wait for it…) Tory. Framed as his journey to discover how this unlikely turn of events came about (he was surely destined to be Labour red - how on earth did he turn blue?), this lively memoir is packed with engaging anecdotes and provocative reasoning. While I stand firmly at the other end of the political spectrum, it provided fascinating and well-considered insights into how the half think and, as such, should be read by both Reds and Blues.

“Given my solid working-class background and performing arts job, it’s obvious to everyone I meet that I should be Labour through and through. I’m a comedian who grew up on a council estate with two disabled parents, and my dad was a trade union man. But that’s not how I voted.” So Norcott states near the beginning of the book, setting out his unusual stall before tracing his  left-to-right swing back to his adolescence. “My dial was moving all the time”, he recognises amidst growing disillusionment with New Labour - though his first non-Labour vote didn’t go to “those Tory bastards”, to quote his dad.

From the 2008 collapse of the Lehman Brothers and credit crunch, through to Brexit, Norcott’s funny (and moving) personal experiences are smartly woven into his political musings and analysis.

Where Did I Go Right? How the Left Lost Me Synopsis

'Voting Conservative is like buying a James Blunt album: loads of people have done it, but weirdly you never meet them ...'

Comedian Geoff Norcott should have been Labour through and through. He grew up on a council estate, both of his parents were disabled, and his Dad was a Union man. So, how was it that he grew up to vote Tory?

In this courageously honest and provocative memoir, Geoff unpicks his working-class upbringing and his political journey from left to right. Raised by a fierce matriarch and a maverick father on a South London council estate where they filmed scenes for The Bill, Geoff spends his youth attempting to put out kitchen fires with aerosols and leaping in and out of industrial skips. But as he reaches adolescence, his political views begin to be influenced by major events including the early 90s recession, the credit crunch, and a chance encounter with Conservative PM John Major.

As an adult, Geoff begins to have the gnawing feeling that the values and traditions he grew up with no longer match Labour's. And, as Brexit appears, he feels even more like a double agent operating behind enemy lines.

Written with warmth, wit and often laugh-out-loud humour, Where Did I Go Right? is Geoff's attempt to understand why he ended up voting 'for the bad guys', and why blue-collared conservatism could be here to stay. 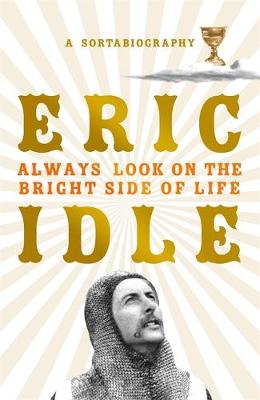 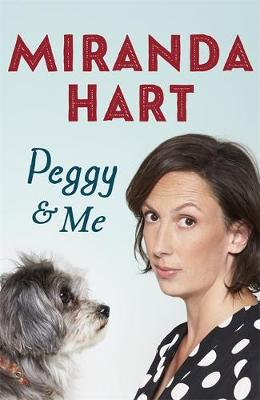 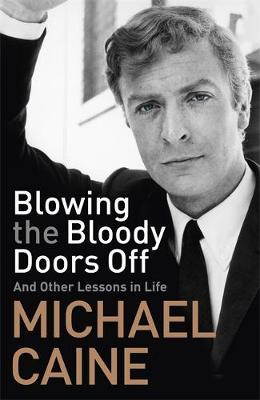 WHERE DID I GO RIGHT? is sharp, considered, insightful, and helped me make sense of 'the other side'. And because Geoff Norcott is so funny, it unfortunately means I can't dismiss his views entirely. It's so important to have a friend you can disagree with but still admire and Geoff can be that friend to you! - Katherine Ryan

"I've always thought the benefit of having batsh*t parents is it increases the chance of you growing up funny. It's certainly worked for Geoff Norcott." - David Baddiel

'A mature, sharp take on modern politics' - The Sunday Times

'Gently abrasive, but that's what makes him so entertaining... with a sharp, self-knowing wit' -The Times

'Geoff Norcott genuinely has something original to say' - New European

'Norcott is an out-and-out rebel' - Express 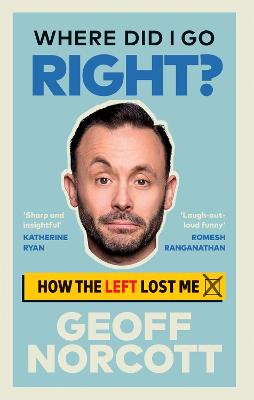 Comedian and writer Geoff Norcott is well known for his regular appearances on BBC2's The Mash Report, BBC1's Mock The Week, and Radio 4's The News Quiz. In 2019, he fronted his own BBC2 documentary How The Middle Class Ruined Britain and he has four Radio 4 specials to his name, one of which won the BBC Radio Award for Best Comedy Production. A satirical commentator in many national newspapers, Geoff has also been profiled in The Times and the Guardian. He lives with his wife and son in Cambridgeshire.