Through the Square Window

Through the Square Window Synopsis

Sinead Morrissey's fourth collection explores fertility, pregnancy, and the landscape of early childhood in poems that are by turns tender, exuberant and unsettling. Pitched against the envious dead, these diverse narratives of birth and its consequences are rooted in literary and historical contexts - from Aristotle's theory of spontaneous generation to Lewis Carroll's Alice - that amplify her theme. Infancy is for Morrissey the rich and contested territory in which what it means to be human in a precarious world is disclosed.

Through the Square Window Press Reviews

From reviews of Sinead Morrissey's The State of the Prisons: One of the major rewards of The State of the Prisons lies in the way Morrissey makes her poetic machines work and ride: in her formal risk, not least the outrageousness and enchantment of her rhymes, but also the occasional pushed-to-the-brink line-lengths, some of which feel like walking the plank with the eye. You have to trust her. - The Guardian It is, in short, a book of splendours. - The Irish Times

Sinead Morrissey was born in 1972 and grew up in Belfast. She read English and German at Trinity College, Dublin, from which she took her PhD in 2003. Her five collections are There Was Fire in Vancouver (1996), Between Here and There (2002), The State of the Prisons (2005), Through the Square Window (2009) and the T S Eliot Prize-winning, Forward Prize-shortlisted Parallax (2013) all of which are published by Carcanet Press. She has lived in Germany, Japan and New Zealand and now lectures in creative writing at the Seamus Heaney Centre for Poetry, Queen's University, Belfast. She is Belfast's inaugural Poet Laureate. 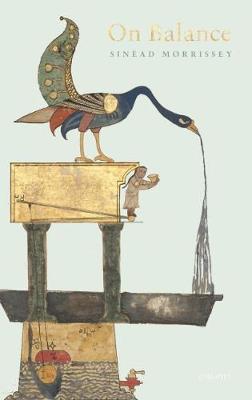 View All Books By Sinead Morrissey