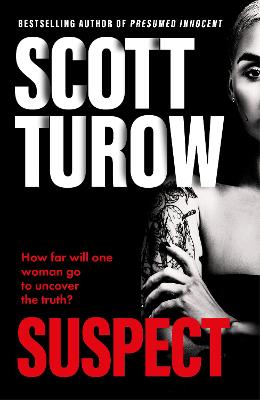 The scandalous new novel from the godfather of the legal thriller. Lucia Gomez is a female police chief in a man's world and she's walked a fine line to succeed at the top. Now a trio of police officers in Kindle County have accused her of soliciting sex for promotions and she's in deep. Rik Dudek is an attorney and old friend of Lucia's. He's the only one she can trust, but he's never had a headline criminal case. This ugly smear campaign is already breaking the internet and will be his biggest challenge yet. Clarice 'Pinky' Granum is a fearless PI who plays by her own rules. Her 4-D imagination is her biggest asset when it comes to digging up dirt for Rik but not all locks are best picked. It's cops against cops in this hive of lies. And it will take more than honeyed words from the defence to change the punchline and save the Chief from her own cell.

Scott Turow is the author of many bestselling works of fiction, including The Last Trial, Testimony, Identical, Innocent, Presumed Innocent, and The Burden of Proof, and two nonfiction books, including One L, about his experience as a law student. His books have been translated into more than forty languages, sold more than thirty million copies worldwide, and have been adapted into movies and television projects. He has frequently contributed essays and op-ed pieces to publications such as the New York Times, Washington Post, Vanity Fair, the New Yorker and the Atlantic.

More About Scott Turow
Add To Wishlist
Buy from our bookstore and 25% of the cover price will be given to a school of your choice to buy more books.