The Lion at Sea

Part of the The Captain Kelly Maguire Trilogy Series

The Lion at Sea Synopsis

A young recruit. A legendary battle. A cataclysmic war. A baptism by fire...Kelly Maguire knew from a young age that he could accomplish great things. As World War I begins, Kelly enlists in the Royal Navy, hoping to win both the war and glory. But from the barbarous battles of Gallipoli to the nightmarish action of Antwerp, Kelly learns the trials a soldier must face: trials that will forge him into a man. As the epic battle of Jutland approaches, everything is at stake. From acclaimed novelist Max Hennessy comes a gritty naval adventure, full of blood, guts and heroism in the face of danger. 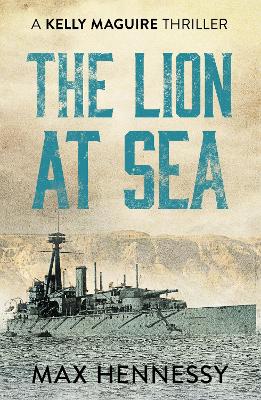 Max Hennessy was the pen-name of John Harris. He had a wide variety of jobs from sailor to cartoonist and became a highly inventive, versatile writer. In addition to crime fiction, Hennessy was a master of the war novel and drew heavily on his experiences in both the navy and air force, serving in the Second World War. His novels reflect the reality of war mixed with a heavy dose of conflict and adventure.

View All Books By Max Hennessy