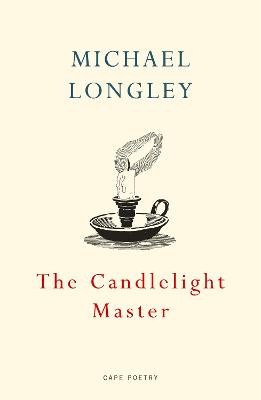 *AN IRISH TIMES BOOK OF THE YEAR* 'I can't bear the thought of a world without Michael Longley, yet his poetry keeps hurtling towards that fact more and more urgently as it stretches in an unflinching way beyond comfort or certainty.' So wrote Maria Johnston, reviewing Longley's previous book Angel Hill. Yet The Candlelight Master does not only face into shadows. The title poem sums up the chiaroscuro of this collection, named after a mysterious Baroque painter. Other poems about painters - Matisse, Bonnard - imply that age makes the quest for artistic perfection all the more vital. A poem addressed to the eighth-century Japanese poet, Otomo Yakamochi, says: 'We gaze on our soul-landscapes / More intensely with every year.' The soul-landscape of The Candlelight Master is often a landscape of memory. But if Longley looks back over formative experiences, and over the forms he has given them, he channels memory into freshly fluid structures. His new poems about war and the Holocaust speak to our own dark times. Translation brings dead poets up to date too. The bawdy of Catullus becomes Scots 'Hochmagandy'. Yakamochi and the lyric poets of Ancient Greece find themselves at home in Longley's Carrigskeewaun.