A British minister is a pawn in a deadly game played out in one of the world's most explosive countries - Indonesia. His kidnapping does not fall under British jurisdiction and the authorities in Jakarta claim that he has been seized by a guerrilla movement. But their investigation makes no progress as horrific satellite pictures of him are released on national television. The government sends one man to rescue him - Nick Randall has served in the Far East before. He knows that nothing is as it seems in the land of masks. Greater forces are in play than even he suspects. Together with a lone woman TV reporter he penetrates a remote island, where a powder keg of armed local rebellion is threatening to explode under the repressive regime. 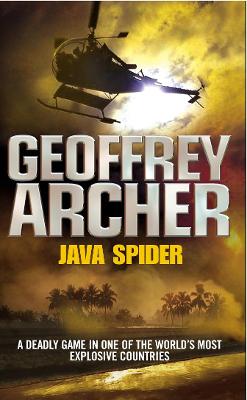 Geoffrey Archer's gripping thrillers are inspired by a deep knowledge of international intrigue gathered during more than 25 years of reporting for ITV's News at Ten. His other international bestsellers include: Scorpion Trail, Eagle Trap, Shadow Hunter and Sky Dancer.