Elizabeth Bennet is Austen's most liberated and appealing heroine, and Pride and Prejudice has remained over most of the past two centuries Austen's most popular novel. The story turns on the marriage prospects of the five daughters of Mr. and Mrs. Bennet, and especially on Elizabeth's prejudice against the proud and distant Fitzwilliam Darcy. Pride and Prejudice is a romantic comedy that has been read as conservative and feminist, reactionary and revolutionary, rooted in the time of its composition and deliberately timeless. Robert Irvine's introduction sets the novel in the context of the literary and intellectual history of the period, dealing with such crucial background issues as class relations in Britain, female exclusion from property and power, and the impact of the French Revolution. The introduction and annotations have been expanded and updated for the new edition, and a new appendix of Austen's juvenilia has been added.

Robert P. Irvine's new edition of Pride and Prejudice is a superb version of Austen's most frequently taught novel. Broadview's Austen editions have always been my go-to for the classroom due to their rich introductions and expansive critical apparatuses, and this edition is no exception. Irvine's cogent and insightful introduction clarifies the novel's contexts and intertexts for both students and scholars, but what really set this and Broadview's other Austen editions apart are the excellence and depth of their appendices; this one includes contemporary reviews and judiciously chosen excerpts from conduct books and texts on domestic tourism, on the French Revolution, and on militia regiments, as well as selections from Austen's letters and juvenilia, all of which richly contextualize Pride and Prejudice for twenty-first-century readers. This edition will be a valuable resource for Austen scholars at all levels, perhaps especially for students who approach the novel with limited knowledge of the period. - Suzanne L. Barnett, Manhattan College This is my new go-to edition of Pride and Prejudice. Robert Irvine's introduction usefully elucidates the social, political, and literary contexts of the novel, and his illuminating explanatory notes are indispensable for today's student. As with all Broadview Editions, a range of supplementary materials offers productive frameworks for teaching the novel and will benefit both new and veteran readers of Austen. - Mary-Catherine Harrison, University of Detroit Mercy

Robert P. Irvine is a Senior Lecturer in English Literature at the University of Edinburgh. 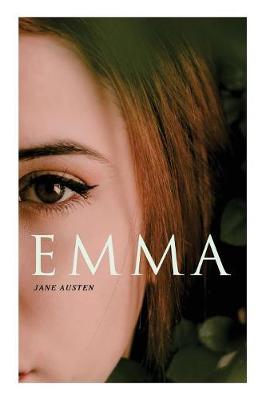