'It wasn't a race but a war game' Bernard Hinault 'Without question, the hardest one-day bike race ever created' George Hincapie The Tour of Flanders - known to cycling fans as the Ronde - is the biggest one-day bike race in the world. It is a potent mix of grit, cobbles, steep climbs, narrow roads, national pride, beer, brutal weather and the maddest, most passionate fans in the sport. It's the Tour de France boiled down into a single day of non-stop action - the Belgian equivalent of the Grand National, Wimbledon and the FA Cup final. And there's yet more to it than that. Edward Pickering tells the story of the Tour of Flanders, its history, culture and meaning, through the prism of the 2011 Ronde, an incredible edition that was one of the most exciting bike races of the past half-century. He weaves the narrative of that day into a broader study of the race, with eyewitness accounts from the key locations of the Ronde and dozens of interviews with the riders. The Ronde is a textured portrait of a race, but it also explores the deep links between bike races and the landscape and culture in which they take place, and explains how cycling works, with the most detailed analysis of a single event ever seen.

'The race is, as Pickering explains in this beautifully written book, inseparable from the landscape, and the people who inhabit Flanders. The Ronde is exquisitely written and its style, at least to me, is fascinating... Read this wonderful book about the world's greatest race. Unleash your inner Flandrian: the ten-commandments on how to be a Flandrian are revealed within: You will not regret it.' -- Nick Dey * Cycling Shorts * 'The Tour of Flanders is such a great race, arguably the greatest one day race because of the way it subsumes the region for a day like no other event. So when a book shows up there's anticipation mixed with risk: can it live up to the promise? It does and you'll put the book down knowing a lot more about the race and the region. Don't read it expecting tips on what gearing or tire pressure to use up the Koppenberg, it's much more the psychogeography of the Ronde and Flanders and all the better for it.' * The Inner Ring * 'With regard to the Ronde, Edward Pickering has written what can only be regarded as the definitive book on the subject. if you wish to bear even a minuscule degree of self-respect as a cycling fan, you must buy this book and read it from cover to cover before this year's event...superbly written, well presented and compulsive to the last.' * The Washing Machine Post *

Ed Pickering is one of the UK's leading cycling writers, having written for a range of publications from Cycling Weekly to the New York Times and Loaded. He is the author of the critically acclaimed The Race Against Time and The Yellow Jersey Club, and the editor of Procycling magazine. 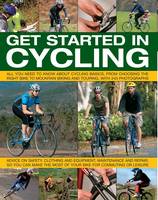 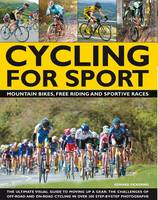 View All Books By Edward Pickering