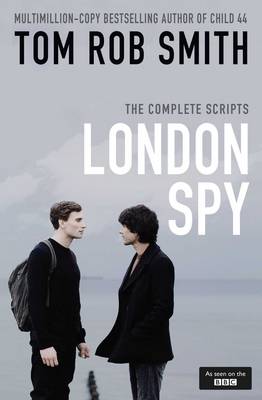 Starring Ben Whishaw, Charlotte Rampling and Jim Broadbent, this gripping, contemporary, emotional thriller from Tom Rob Smith, bestselling author of Child 44 and The Farm, tells the story of a chance romance between two people from very different worlds. Danny - gregarious, hedonistic and romantic - falls in love with the enigmatic and brilliant Alex. Then Alex disappears. When Danny finds Alex's body, he is forced to pursue the truth behind his death. This volume of complete scripts is a brilliant companion to the ratings-winning BBC1 series first shown in November 2015 and set for DVD release in May 2016.

Born in 1979 to a Swedish mother and an English father, Tom Rob Smith's bestselling novels in the Child 44 trilogy were international publishing sensations. Among its many honours, Child 44 won the International Thriller Writer Award for Best First Novel, the Galaxy Book Award for Best New Writer, the CWA Ian Fleming Steel Dagger Award, and was longlisted for the Man Booker Prize and shortlisted for the Costa First Novel Award and the inaugural Desmond Elliot Prize. Child 44 is now a major motion picture starring Tom Hardy, Noomi Rapace and Gary Oldman.

More About Tom Rob Smith
Add To Wishlist
Buy from our bookstore and 25% of the cover price will be given to a school of your choice to buy more books.